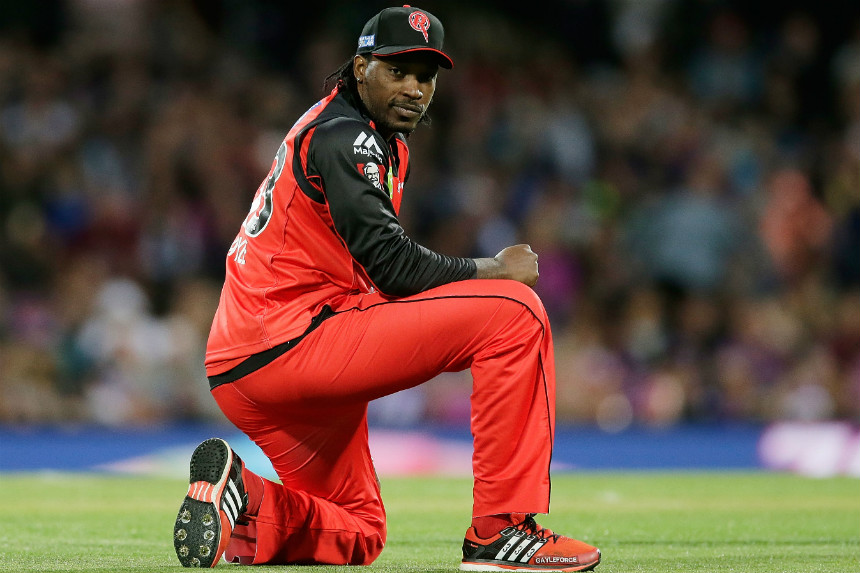 Chris Gayle’s English cricket club have criticised him for a range of sexist comments and say they will ask the batsman for a please explain.

Gayle, who hit the headlines for inappropriate remarks to Australian sports reporter Mel McLaughlin in January, sparked another media storm after an interview he did with The Times was published on Saturday.

Reporter Charlotte Edwardes said Gayle joked he had “a very, very big bat” and that he asked her if she could lift it, adding: “You’d need two hands.”

Edwardes added: “He asks how many black men I’ve ‘had’, goading me when I deflect the question, and whether I’ve ever had a ‘t’eesome – ‘I bet you have. Tell me’.”

Gayle also made inappropriate comments on equality and his sex life.

Somerset, one of many clubs or teams Gayle represents in what is essentially a freelance cricket career, signed the batsman last year, and he will return shortly to play Twenty20 cricket for the county side.

“We were disappointed to read the report in The Times,” Lavender told Press Association.

“Our experience of Chris was very positive when he was with us last season, both on and off the pitch.

“It was disappointing to read the article.

“We haven’t had the opportunity to discuss this with him yet, but will of course do so when he arrives to play for us in a few days time.”

In another interview, this time with The Observer, Lavender said that while Gayle’s words were “a shame”, that it would not encourage Somerset to cancel his deal.

“It’s a shame, because it detracts from his cricketing ability,” he said.

“The fact is, what he has said is inappropriate…but I don’t see it as grounds not to have him playing for us this summer.”

Lavender was then asked if the behaviour of players was taken seriously at Somerset.

He responded: “Very much so. It’s a key part of what we do. Players are ambassadors of the club.

“We have a track record of mavericks – Ian Botham and Viv Richards are examples – but we take conduct seriously.

“I’m sure we will have a sensible conversation with Chris when he arrives in the country.”

In his The Times interview, Gayle also offered his take on that infamous chat with McLaughlin during the Big Bash League in January.

The West Indian told McLaughlin he was happy to speak with her “just to see your eyes for the first time” and said they should go for a drink together after his Melbourne Renegades had finished playing the Hobart Hurricanes.

Gayle then added: “Don’t blush, baby”. He was fined $10,000 for his comments and it is unlikely the Renegades will re-sign him again after the furore.

The batsman told The Times that McLaughlin knew he was kidding during the interview.

Six Machine – a memoir he wrote with the BBC’s Tom Fordyce – will be released next month.