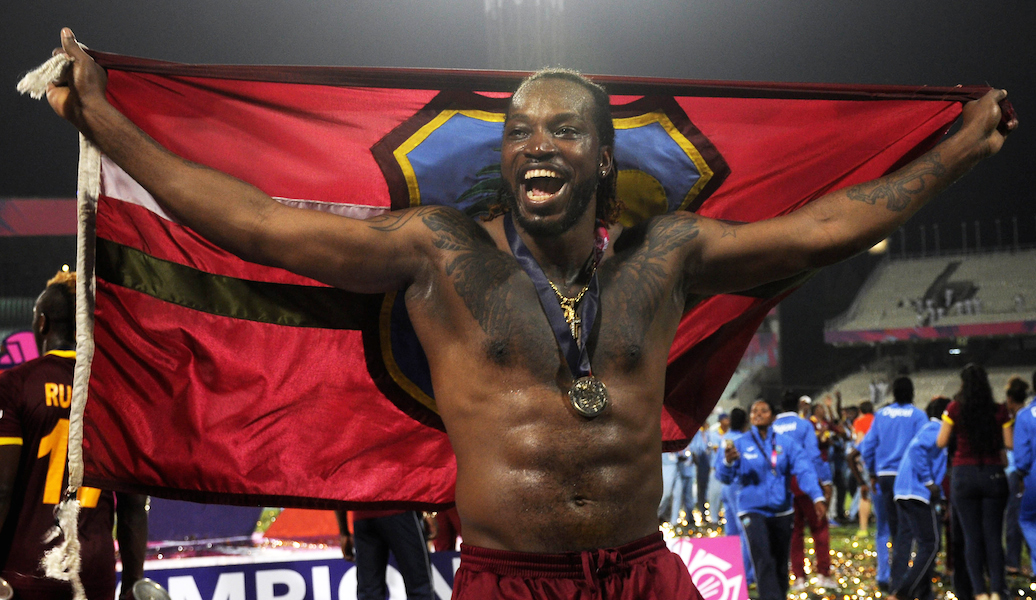 Cricket Chris Gayle has been awarded $300,000 in damages. Photo: Getty

Mere months after Chris Gayle was fined and widely criticised for hitting on Australian sports reporter Mel McLaughlin during a live interview, the cricketer is courting controversy for sexist comments once again.

The 36-year-old is under fire after a recent interview with reporter Charlotte Edwardes for The Times, in which he asked her intimate questions about her sex life and suggested women should “please their man”.

In January, Gayle made headlines when he told McLaughlin “don’t blush baby” after making comments about her appearance during a post-innings interview on Network Ten.

The star batsman was fined $10,000 by his team the Melbourne Renegades for the incident and made to apologise to McLaughlin for causing her discomfort.

In the opening paragraph of her piece, Edwardes, a writer for the Evening Standard, The Times and Tatler, referenced the now infamous McLaughlin incident.

“I’m having a drink with Chris Gayle. Yup, I’m doing what Mel McLaughlin, the Australian sports broadcaster, declined to do when the cricketing superstar and former West Indies captain propositioned her during a live interview in January,” she wrote.

The seasoned features writer recounted being asked incredibly personal questions by Gayle, who joked that he had “a very, very big bat” and asked Edwardes if she could lift it, saying, “You’d need two hands.”

“He asks how many black men I’ve ‘had’, goading me when I deflect the question, and whether I’ve ever had a ‘t’eesome’ – ‘I bet you have. Tell me’.”

The interview, conducted in Bangalore where Gayle plays for the Royal Challengers in the Indian Premier League, also touched on equality for women — something Gayle said he feels has already been achieved.

“They [women] have more than equality. Women can do what they want. Jamaican women are very vocal. They will let you know what time is it, for sure,” he said.

However, he also expressed very old-fashioned views about a woman’s role in the home if she doesn’t work.

“Women should please their man,” he said. “When he comes home, food is on the table. Serious. You ask your husband what he likes and then you make it.”

Gayle, who recently had a baby daughter with girlfriend of 10 years Natasha Berridge, said while he was open to changing nappies, he did not cook or clean.

The controversial cricketer, who often shares social media snaps of himself and various women who are not his girlfriend, said Jamaican people had a more relaxed view of sex than other nationalities.

“We’re not so hung up about it. This is what people like doing. It’s no big deal,” he said.

However, the Kingston-born cricketer lamented his lack of sex life in Bangalore.

“I haven’t had a shag since I been here,” he said. “Ten t’ousand women will throw themselves at me. The fact is that I am damn good-looking.”

Gayle is out and about promoting his upcoming book, Six Machine, a memoir he wrote with BBC sports writer Tom Fordyce which is due to be released next month.