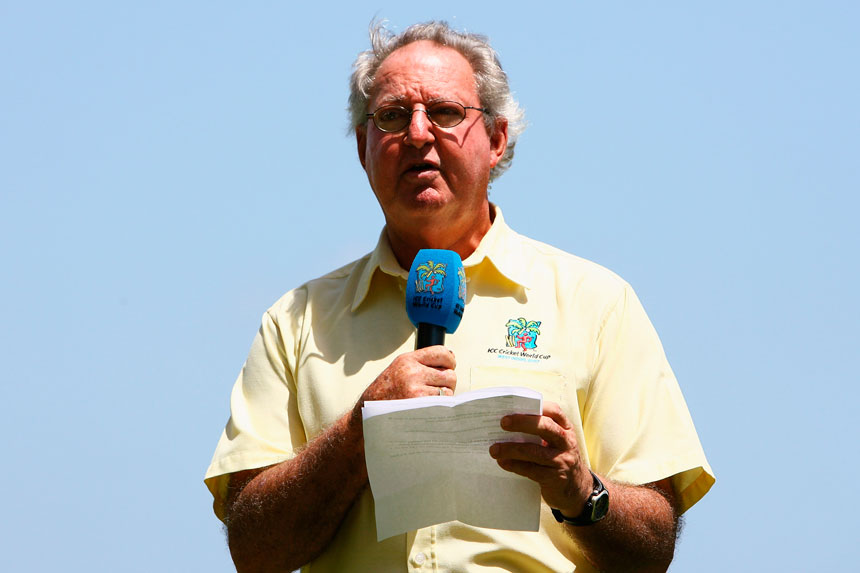 West Indian cricket commentator Tony Cozier, who has died aged 75, has been lauded for his love of cricket and someone able to deftly navigate the delicate politics of the Caribbean game.

The West Indies Cricket Board (WICB) confirmed his death, on Wednesday, in his native Barbados.

Local media had reported in recent days that Cozier was seriously ill.

He had been admitted to hospital earlier this month for tests related to infections in his neck and legs.

“He represented West Indies wherever he went. He educated people around the world about our cricket, our people, our culture and who we are. His voice was strong and echoed around the cricket world,” said the WICB.

“He enjoyed West Indies victories and shared the pain when we lost. He gave a lifetime of dedicated service and will be remembered by all who came into contact with him.”

Cozier was a cricket broadcaster for 50 years.

Jonathan Agnew, the BBC’s cricket correspondent and a long-standing colleague, described him as a “master” of both radio and television media.

Other colleagues have remembered him as a fierce fighter for the credibility of the Caribbean game.

“I spent so much time with him in the commentary box, on tours, going out for dinner and having meals and drinks with Tony Cozier. He enjoyed life, he enjoyed his cricket, he worshipped cricket and he worshipped West Indies cricket,” former West Indies bowler and now commentator Michael Holding said.

“And he would take on people who tried to criticise West Indies cricket unfairly.

“Tony moved seamlessly between television and radio boxes throughout the world, gleefully describing the West Indies’ domination of the 1980s and then lamenting their subsequent demise,” Agnew said on the BBC website.

“He was a wonderfully descriptive and disciplined commentator, his melodic Bajan accent the perfect soundtrack to any cricket match.

“He’s easily the best I’ve come across in 25 years at being able to do both disciplines.”

The International Cricket Council added on Twitter: “Deeply saddened to hear of the passing of Tony Cozier today. One of the truly great voices of cricket. A huge loss for the cricket community.”