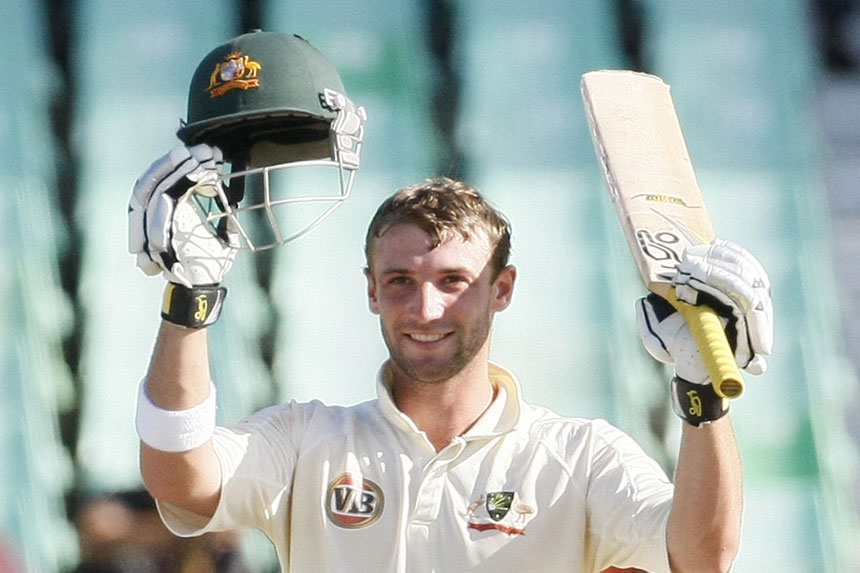 An independent review into the death of former Test cricketer Phillip Hughes has found that wearing a more modern helmet and a neck guard would have been unlikely to prevent the tragedy that took place in 2014.

Hughes died following a freak accident in which he was struck on the neck by a cricket ball in a Sheffield Shield match at the SCG on November 25, 2014.

Cricket Australia (CA) on Wednesday morning released the findings and recommendations of an independent review into his death chaired by Melbourne barrister David Curtain QC.

Hughes was struck below the helmet to the left upper side of his neck when batting for South Australia. He died after the injury to his neck caused a haemorrhage in the brain.

He was wearing a Masuri brand helmet which was Australian Standard compliant but not compliant with the more recent British Standard. It now has been withdrawn from sale.

Curtain concluded the main difference between the helmet worn by Hughes and a more recent model is the grille protecting the face being extended further to the rear of the helmet.

“I do not believe that the new helmet would have afforded protection against the blow given the location of where Phillip was struck, as the protection to the neck, at the rear, is no different,” Curtain said in his report.

In his report Curtain noted that since Hughes’s death batters have been wearing a ‘Stem Guard’ attached across the back of the helmet, in an attempt to offer protection to the back of the neck.

He said further evaluation is needed to determine if it materially increases player safety.

CA received Curtain’s report in November before taking time to review the findings and make recommendations. The report was shared with the Hughes family in January.

• The treatment Phillip Hughes received was appropriate after being struck in the neck by a ball.

• The now mandated British Standard helmet would have offered no protection where he was struck.

• There is limited scientific evidence that current neck guards will prevent a similar tragedy and they must be properly evaluated before they are mandated. Evaluations will be ongoing.

• A defibrillator must be available at all Cricket Australia sanctioned competitions in the unlikely event a player suffers from a heart condition.

Medical staff will continue to have discretion over whether a player in an elite match who has been struck in the head is fit to continue. If there is any visible damage to the helmet then it needs to be replaced.

CA has recommended a concussion substitute be permitted for domestic cricket. This needs to be supported by Cricket Australia’s Playing Conditions Advisory Committee.

CA chief executive James Sutherland said the report would not do anything to ease the pain for the family and friends of Hughes but needed to be carried out to ensure there is no repeat incident.

Helmets that meet the most recent British Standard and provide the highest level of protection were mandated last season, and it will now be compulsory for elite players to wear them when facing medium and fast bowling at CA sanctioned matches and training.

The helmets must be worn by wicketkeepers standing up to the stumps, and by fielders within seven metres of the batter except where they are behind square of the wicket on the off-side.

Former Test fast bowler Pat Cummins said the move towards the new helmets was a sensible one.

“When I’m batting I want all the protection I can get,” Cummins said.

Former Test paceman Ryan Harris told the ABC he thought player safety was already ‘spot on’ in cricket, but said the reasons for the review following Hughes’s death were sound.

“[Safety has] been so good for so many years and it’s just taken one incident that we have to review it,” Harris said.

“When I was batting, I always wore the maximum padding because I was sh** scared. With the padding that was available, there’s enough there for the players to wear.

“Bottom line is, we don’t want to see ever what happened to Phil. If there’s anything in [the review] then we can do it.”

A full coronial inquest into Phillip Hughes’s death is scheduled to take place in October.