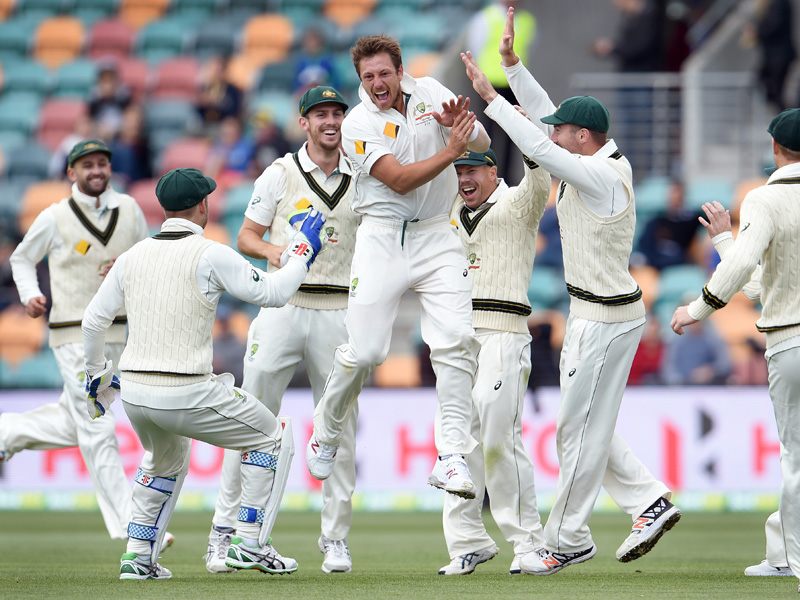 Australia’s quest to become the best Test side in the world is driving the hosts as they seek to wallop the West Indies again.

Steve Smith’s men are fully expected to retain the Frank Worrell trophy with victory in the Boxing Day Test at the MCG, having crushed the hapless tourists by an innings and 212 runs in the first Test in Hobart.

Such a prize may carry little grandeur due to the woes afflicting cricket in the Caribbean.

However, the prospect of soon holding the International Cricket Council mace awarded to the number one Test side is also on the cards.

Australia is currently third on the table with 109 rating points, with India (110) and South Africa (114) ahead.

“We know we’ve got a big Test series here then against New Zealand to achieve the number one status,” vice-captain David Warner said.

“Things have to play into our hand as well with South Africa’s series against England.

“We’ve got a big job at hand, our goal is to be number one in all three formats.”

Australia’s next Test assignment after clashes at the MCG and SCG is a two-match tour of New Zealand in February.

Winning away from home remains a big challenge for every side in the world, as evidenced by South Africa’s recent 3-0 Test series loss in India.

It was also abundantly clear in the woeful collapses suffered by Australia during this year’s Ashes tour.

However, Australia won two Tests in London this year and Warner felt it was close to being the best team in the world.

“I don’t think we’re far away at all,” the vice-captain said. “We do have a lot of improvements within our games – batting and bowling.

“The biggest thing for us is partnerships and not losing wickets in clumps as a batting unit.

“That’s something we really need to work harder on and adapt to all the condition we face.”

Australia briefly held the number one ranking last year but there has been a clear world order in recent years.

“Once you get to number one it’s about staying there and I think that’s something that South Africa has done very, very well in the last two years,” he said.

Australia has a hectic schedule in the next three months, with the trip across the Tasman followed by Twenty20s in South Africa and the T20 World Cup in India.

Warner will take a few days off when he and Candice Falzon welcome their second child soon but otherwise he had no interest in rest.

“Not at all… I’m really excited about the next 12 months and looking down the track even further,” he said.

Warner insisted complacency could not be an issue for his side on Boxing Day, despite the West Indies lack of wickets and effort at Bellerive.

“It did look like they did go through the motions when we were batting on that (first) day, when we batted big,” Warner said.