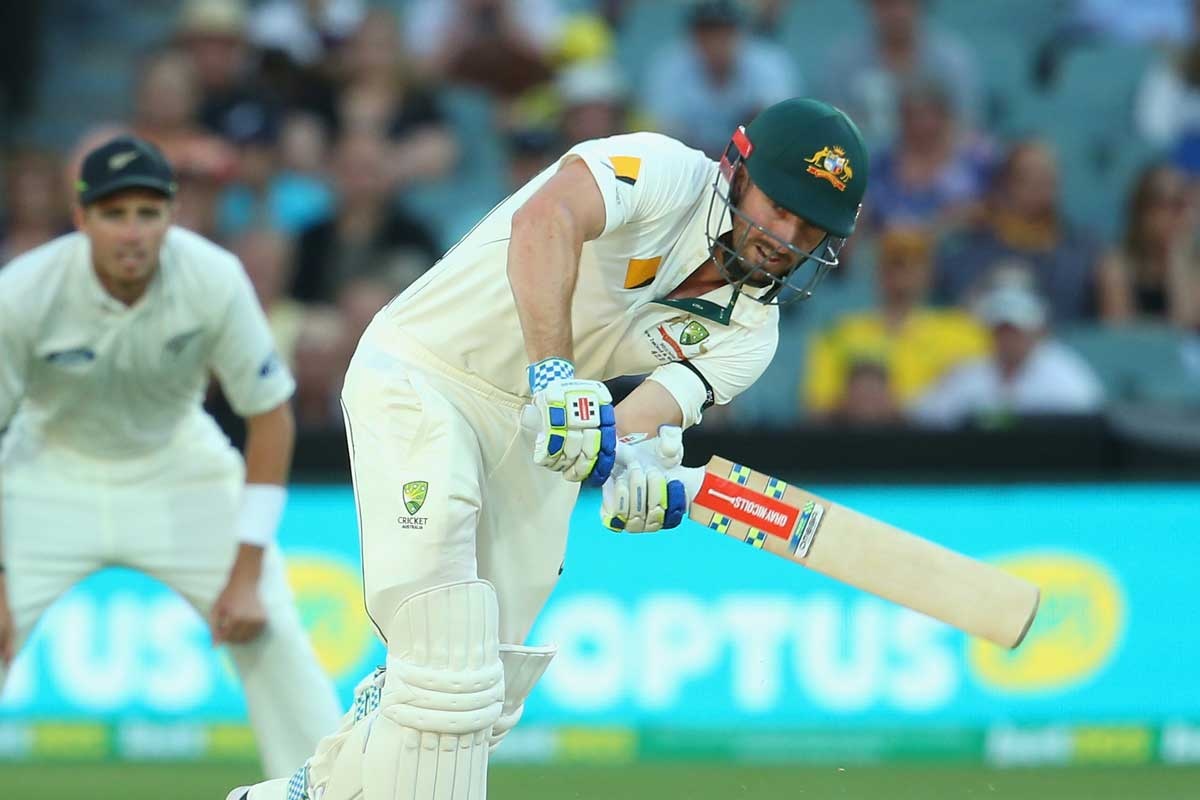 Australia secured a 2-0 series victory over New Zealand after a three-wicket win in the inaugural day-night Test match in Adelaide.

On a pulsating third and final day that saw Australia set 187 for victory, the hosts limped to the target led by a dogged 49 from Shaun Marsh.

• Coulter-Nile, Pattinson in Aussie Test frame
• Aussies hammered for replacing Starc with masseur
• Is this the end for cricket’s coin toss?

The match was a ringing endorsement for day-night Test cricket, with a combined attendance of 123,736 making their way through the turnstiles in Adelaide.

Both of those Tests were played across five days.

Josh Hazlewood was named man of the match after grabbing match figures of 9-136, the best haul of his 12-Test career.

Things looked dicey for Australia in the middle session, when both Steve Smith and David Warner fell.

The hosts slipped to 4-115 when Adam Voges was out edging in the second over after dinner.

Batting together for the first time in a Test, the Marsh brothers’ stand of 46 runs looked to have iced the game.

Shaun Marsh was determined, but clammed up and was out edging to Trent Boult when his side needed a further 11 runs.

Peter Siddle eventually got his side over the line at 8.46pm local time, stroking a ball past point as Starc limped through for the winning runs.

“I didn’t think I’d have to bat early on … I was trying to hit a boundary,” Siddle said.

Runs were at a premium throughout – not since 1993 has there been an Adelaide Test without a ton.

The topsy-turvy nature of the struggle continued on Sunday, when NZ were bowled out for 208 after resuming at 5-116.

Warner scored freely after tea as Australia rocketed to 0-34 after 5.2 overs.

The following delivery, a full ball from Boult that trapped Joe Burns plumb lbw, gave the visitors a sniff.

NZ knew what was needed – as did Smith and Warner.

Remove the two classiest batsmen in the XI and Australia’s misfiring middle order would be under the pump again, having collapsed to 8-116 in the first dig.

In the space of eight deliveries the Black Caps dismissed both.

Warner fell for 35 then Smith was judged lbw by Richard Illingworth, the skipper unsuccessfully reviewing the verdict.

Shaun Marsh was tentative early, having started his sixth stint in the Test side with a calamitous run-out in the first dig.

The 32-year-old, likely on his last chance with the national side, settled in a 49-run stand with Voges.

Boult struck in his first over after the meal break, Tim Southee snaring a low slips catch to dismiss Voges for 28.

Much has been made of how much Australia rely on their run-glutton leaders but it was the under-pressure Marsh brothers that saved them this time.

The pair, both out cheaply in the first innings, resisted spirited fast bowling from Boult, Southee and Doug Bracewell.

NZ will still be seething about third umpire Nigel Llong’s error on day two, which helped Nevill, Nathan Lyon and Starc add a further 106 runs to Australia’s cause.

“Everyone witnessed what happened. It’s unfortunate it did have a bearing on the game,” Brendon McCullum said.

Australia finish 2-0 winners in the three-Test series, having triumphed by 208 runs in Brisbane then drawing the second Test in Perth.