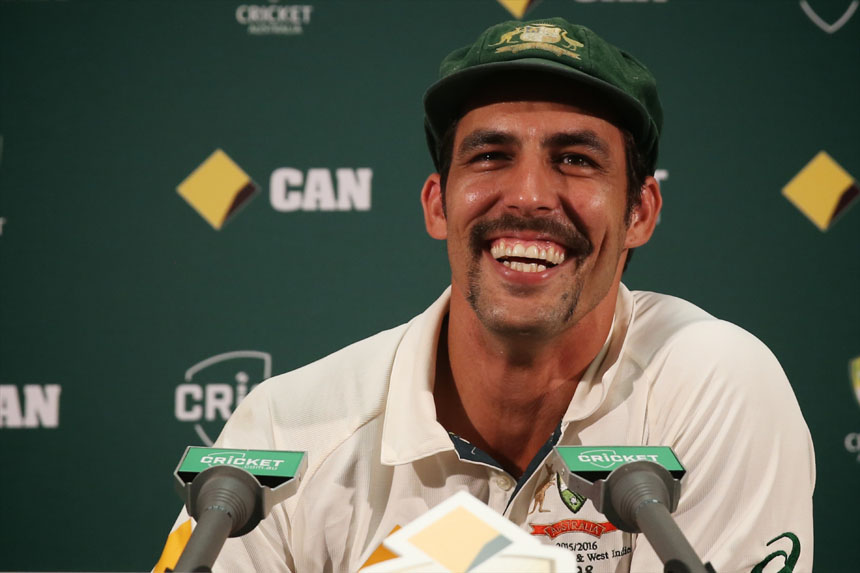 Mitchell Johnson says he will look back on his career with pride – especially his comeback from injury which nearly cast him out of the Test team forever – after retiring following the drawn second Test at the WACA.

Johnson shone one last time in his final bow for his country on Tuesday, with figures of 2 for 20, as he dismissed both Martin Guptill and Tom Latham with typically short and sizzling deliveries.

• Pace great Mitchell Johnson calls it a day
• Kookaburra to investigate Perth debacle
• Will this be the summer that kills Test cricket?

The draw means Australia takes a 1-0 series lead heading in to the third and final Test in Adelaide – the historic day-night Test – which Johnson will miss out on after announcing he was calling time on his international career prior to the start of day five.

“I’ve been thinking about it for probably a year. It’s been a bit up and down for me,” he told Grandstand.

“After the World Cup I probably wasn’t sure if I wanted to play one-day cricket anymore.

“I think, to be honest, I probably felt it a bit in Brisbane, a little bit in England, but I think there was a time in Brisbane where those tougher days – normally the ones I love – they really challenged me and I just didn’t enjoy it.

“I just lost the hunger and I thought it was time.”

But he said it was nice to finish with a final flourish, with his two dismissals taking him to a tally of 313 wickets for Australia – fourth on the country’s list of all-time leading wicket-takers.

“It’s nice to get a couple of wickets to finish. You always dream of doing well in your last Test match or your last game of cricket,” he said.

“I feel like I’ve done enough out there and I gave it my all. That’s all I’ve ever done in my career and I’m quite proud of it.

“I think they were the typical wickets I’ve been getting in the last two years, those shorter ones. I really wanted to try and rip a few in, I was able to do that. The body let me do it, fortunately enough.

“I’m really, really happy to be here and be supported by so many people, my family and friends. It’s been a great day.”

Johnson proud of his career after calling it quits