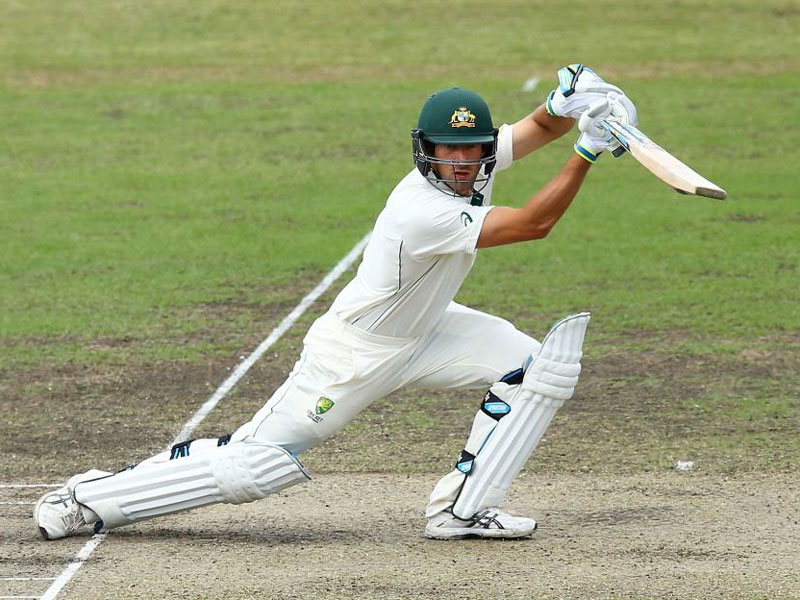 Joe Burns and Usman Khawaja lodged their claims for a place in Australia’s Test team with a century apiece, while Shaun Marsh faltered against New Zealand on day one of a two-day tour match in Canberra.

Burns and Khawaja helped the Cricket Australia XI to 4-325 at stumps on Saturday after skipper Khawaja won the toss and elected to bat.

It was a marked improvement on his performance against the pink ball in the Prime Minister’s XI fixture a day earlier, when he managed just five before succumbing to Black Caps’ swing master Trent Boult.

The impressive knocks were timely, given the team for the first Test in Brisbane on November 5 is named next week.

Burns, who hasn’t played much red ball cricket in recent months, said he was more focused on form than national selection, but felt he batted well against the likes of Boult and Matt Henry.

“I felt in control of the tempo of my innings which for me, in long-form cricket, is a big thing,” he said.

“When they were bowling well I was able to weather the storm and when I felt like there were scoring opportunities I took them. I feel like it’s a strength of my game.

“It’s nice to be feeling like I’m in good nick at this time of year because it’s going to be a massive summer ahead.”

Bancroft, also vying for a spot in a new-look Test side following a handful of retirements, improved on his one run on Friday with a solid 42 before being dismissed by Doug Bracewell (1-52).

Adam Voges retired on 33, but his replacement Marsh was less successful on the flat Manuka Oval wicket.

He managed just 11 runs before being caught off a Mark Craig ball – a disappointing stint given he was the leading run-scorer during the pool stages of the domestic one-day competition.

Burns said he was impressed by the quality of the Kiwis’ bowling attack, even without Tim Southee who was rested as the visitors rotated through their 15-man squad.

“They’re consistently looking to get you out and it’s quite refreshing really,” he said.

“It’s the first time I’ve faced any of their bowlers … but to play against them and see the way they try play the game, to try find ways to counteract that and to keep scoring … it’s a really valuable experience.

“It feels like it’s going to lead to entertaining cricket this summer between New Zealand and Australia.”

Bracewell said it was a tough day for the Black Caps’ bowlers on a pitch best for batting.

“At the end of the day we got a bit out of it and the boys got some good workloads under their belt,” he said.