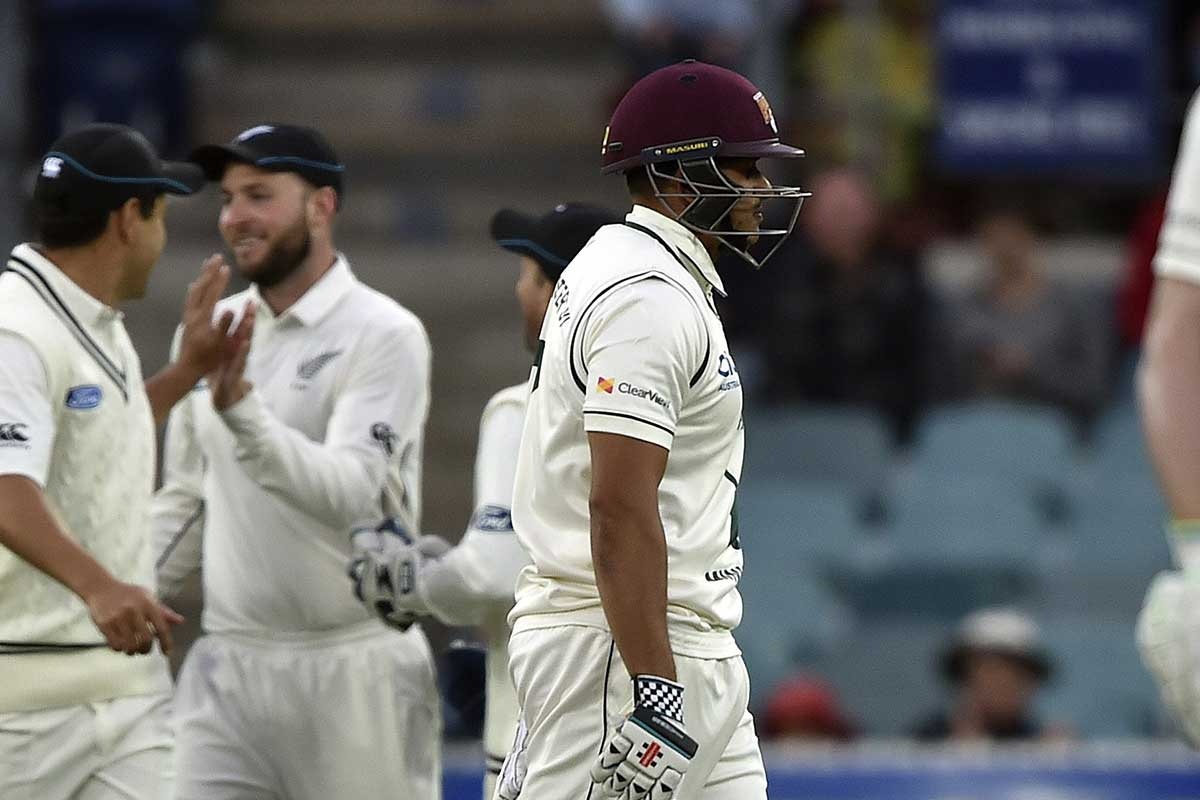 The look of Australia’s Test batting order is no clearer after three leading contenders failed to make a mark with the Prime Minister’s XI in Friday’s 102-run loss to New Zealand.

After setting a target of 307, the Black Caps – led by dangerman Trent Boult – made light work of Usman Khawaja, Cameron Bancroft and Joe Burns with the pink ball in Canberra, dismissing the trio for a combined total of six runs.

Adam Voges, however, brought up a respectable 55 as he, too, looks to fill one of the holes left by several retirements ahead of the three-Test series against the Kiwis starting in Brisbane on November 5.

An overly-enthusiastic Khawaja went for a duck after being caught off a swinging ball from Boult, while Bancroft was bowled on one by stand-in skipper Tim Southee.

Boult reduced the hosts to 3-13 after claiming Burns on five.

The left-arm quick ended with 3-27, having managed to find some movement on the normally slow, flat pitch with the bright ball under lights.

Khawaja and Bancroft’s opening partnership of one paled in comparison to the 196-run stand of Kiwi openers Tom Latham (131) and Martin Guptill (94) – the second biggest by a visiting side in the history of the traditional Manuka Oval fixture.

Ryan Carters top-scored for the PM’s XI with 74.

Khawaja, Bancroft, Burns and Voges will get another chance to press their claims on Saturday and Sunday in a two-day red ball Cricket Australia XI match with the Black Caps, featuring fellow hopefuls Shaun and Mitchell Marsh.

Peter Siddle, also looking to shore up his Test claims, didn’t have as much success with the pink ball as Boult earlier in the day, the veteran paceman ending the first innings with 1-54.

The Kiwis were without skipper Brendon McCullum, rested after recently returning from London where he gave evidence at the perjury trial of former teammate Chris Cairns.

BJ Watling, Kane Williamson and Matt Henry also sat out the day-nighter, but are expected to play a role in the CA XI clash.