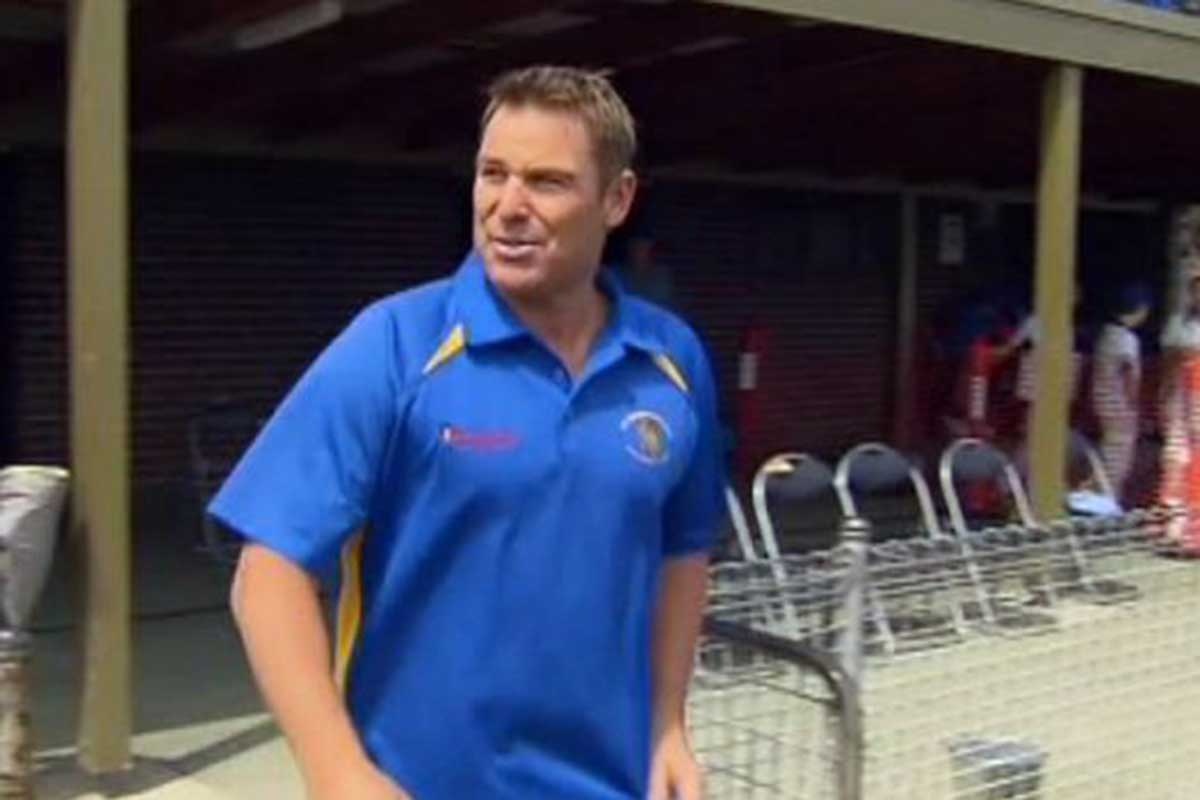 Shane Warne has returned to where it all began, playing a seniors match for East Sandringham in Melbourne’s south east.

Warne lined up for the South East Cricket Association match against Bentleigh ANA at Chisholm Reserve on Saturday.

Warne said it had been almost 40 years since he first took to the pitch for the club.

“I played one game of Twenty20 four or five years ago, so that was the first time since I left the club in I think in 1985, so 30 odd years.

And Warne showed that he still has the skills that made him one of the finest cricketers the world has seen.

The 46-year-old, playing on a synthetic turf pitch, took 2-31 from 9.3 overs, although he was hit over the rope for six.

And he made 40 off 38 balls with the bat coming in at number three, before he was clean bowled by former St Kilda AFL player Arryn Siposs.

Warne said he hoped the match would bring a crowd down to support what he called a “really good club”.

He said he was in Melbourne for a couple of weeks, and wanted to play to work on his fitness ahead of a Twenty20 series he is headlining with Sachin Tendulkar in the US.

“I’m going to ramp that up next week, all the fitness stuff and stretching and strengthening … because we want them to be very competitive games in America,” he said.

“So I thought the best way to do it was to ask the boys if it was OK to come down here and bowl to them, and they were more than happy for me to do that.”