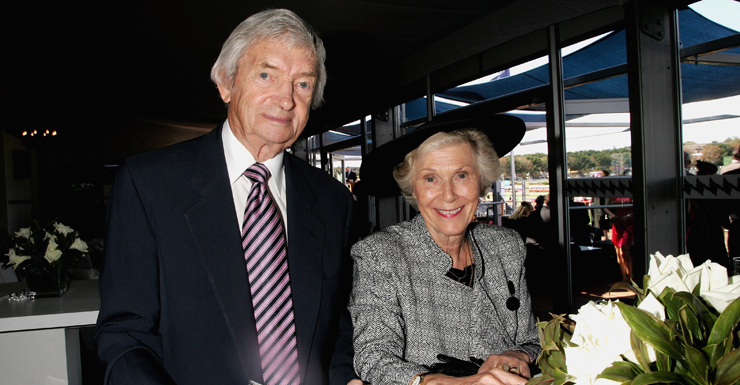 The first wife and a son of Richie Benaud have reportedly initiated legal action against his widow Daphne.

The exact nature of the case was unspecified, but concerned the late cricketer’s estate, The Daily Telegraph reported on Friday morning.

The claim brought by Marcia Lavender and son Gregory was scheduled to be heard by the NSW Supreme Court on Friday.

• Mass shooting at US community college in Oregon
• This is the best women’s cricket team in the world
• Gibson: Hawthorn not thinking about historic three-peat

The former Australian captain and beloved commentator died in April this year of skin cancer at the age of 84.

Richie and Daphne were married for almost 50 years, and remained together at his death. They jointly owned two properties in Sydney and another in France, The Daily Telegraph reported.

Benaud married Ms Lavender in 1953 and divorced her in 1967. They had two sons, Gregory and Jeffrey.

In his book ‘Over but not out’, Benaud blamed long overseas trips for the breakdown of his first marriage.

“Long separations are always a problem though it appears to be easier these days when rules and regulations are relaxed to a great extent. That certainly wasn’t he case in the 1950s and early 1960s,” he wrote, according to the Sydney Morning Herald.

“Our first son Greg, had been born only a week before the team left for the West Indies, and having a newborn child and a husband who was a thousand miles away made life difficult.”