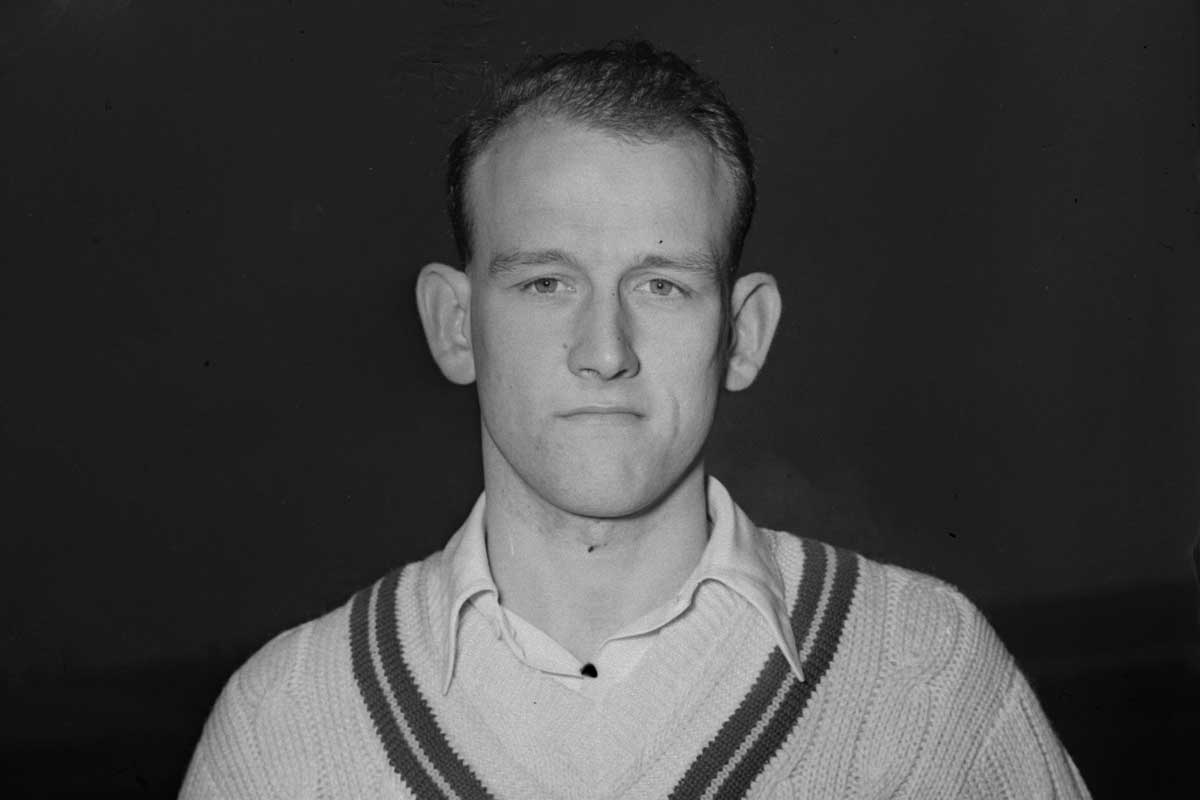 Frank Tyson, the fastest bowler in the world during his peak, has died at the age of 85.

The England Test champion quick, known as ‘Typhoon’, died in hospital on the Gold Coast, having lived in southeast Queensland for the latter part of his life.

His role in claiming victory for England in the 1954-55 Ashes series in Australia was the high point of his short but bright career.

After a lean first Test when the English were defeated in Brisbane, Tyson took advice and shortened his run-up. He took 10 wickets in Sydney and another nine in Melbourne including a terrifying spell in the second innings when he claimed 7-27.

That second-innings spell in Melbourne is still regarded by those who witnessed it as being one of the quickest to be bowled in Test cricket history.

His action took a toll on his body. He battled injury throughout his career and retired at 30.

Tyson was born in 1930 in Farnworth, Lancashire and graduated in English literature from Durham University.

He emigrated to Australia after retiring from Test cricket and was a teacher of English, French and history at Carey Grammar in Melbourne for a period.

He was also a long-term cricket commentator on radio and for the Nine Network. He also coached Victoria before retiring and moving to the Gold Coast.

“Sad to hear that Frank Tyson has passed away. Ex Vic coach. I was his student for a few of his books.. Terrific cricketer. Terrific bloke.”

Cricket commentator Harsha Bhogle also tweeted: “Saddened to read of the demise of Frank “Typhoon” Tyson. 76 wickets @ 18.56!! Was so good while looking for young fast bowlers in Mumbai.”

And, former England Test batsman Mark Butcher posted: “Sad to hear of Frank Tyson’s passing. Worked with him on kids summer camps in Melbourne 20 yrs ago, he was a complete gent.”