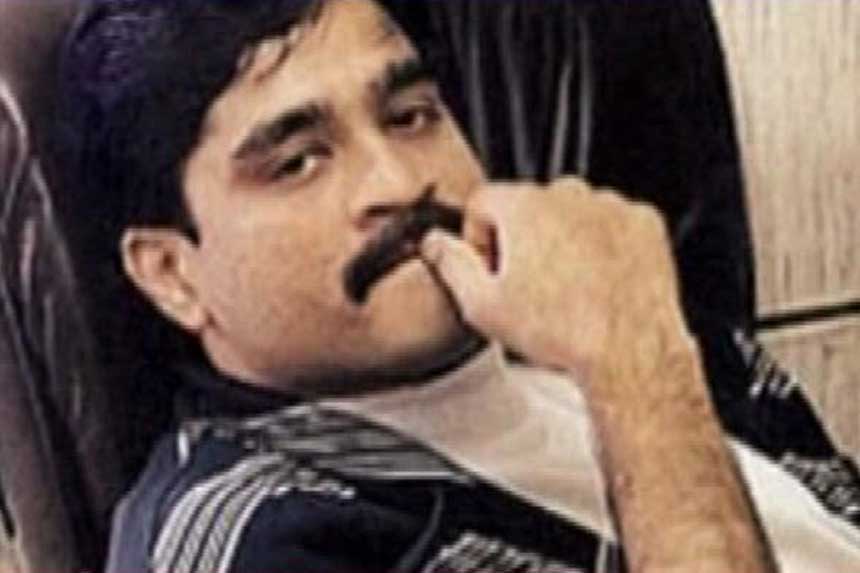 The Australian Crime Commission’s report, Organised Crime in Australia 2015, is a sobering read.

Transnational and local criminal networks have found a ready market in Australia for their activities, and some have connections to terrorist networks.

One of the areas not mentioned in the report is sport.

Criminal activity has found a ready market on our sports grounds and race tracks.

• Sport, drugs and gangsters: why we need WADA
• The best sports documentaries of all time
• Why plucky Chris Rogers is an inspiration to us all

Allegations of doping have hit the racing industry, while ‘Bunnygate’ almost halted the dogs.

A few years ago an international match-fixing syndicate targeted a local soccer club in Melbourne’s south.

But perhaps the most vulnerable sport is cricket.

The subcontinent currently attracts 80 per cent of the game’s revenue. It also houses some of the globe’s more efficient organised criminal networks.

One of the most efficient is Dawood Ibrahim’s D Company. Its operations extend from the traditional run of extortions, narcotics dealings and contract killings to newer lines of business – like cricket betting and match-fixing.

Dawood’s done well out of crime. According to Forbes he’s worth $6.7 billion which puts him well ahead of James Packer and ‘Twiggy’ Forrest in the wealth stakes.

With a business that stretches across south Asia and touches Europe and the Pacific, Dawood probably has greater influence and a lot more money than Forbes realises.

In more recent times D Company has made considerable inroads into the lucrative cricket betting market. It was a shrewd move.

Cricket currently comprises 12 per cent of the $US1 trillion-plus sports betting market.

He entered the betting market in the late 1990s and had solidified his hold by the mid ‘noughties’.

Shetty was responsible for the Company’s investments in hotels and for overseeing the syndication of its sports betting interests.

Throughout the 90s cricket bookies had hunted in packs of twos and threes.

There were the fixers like the Delhi-based Mukesh Gupta, who slipped Shane Warne and Mark Waugh sizeable sums for ‘insider’ information, and the London based Sanjiv Chawla who also had a business arrangement with the South African captain, Hansie Cronje.

Dawood’s close colleague Chhota Shakeel suggested in 2013 that D Company was involved in the Cronje affair. There is little evidence to support this.

Senior D Company members, however, were spotted with the former Indian captain, Mohammed Azharuddin, according to India’s Central Bureau of Intelligence (CBI).

Rajan was once Dawood’s righthand man, but left D Company in 1993 after falling out with Shakeel and Dawood’s brother, Anees.

The Shetty killing was widely perceived as a continuation of the feud. But as one CBI officer noted, Shetty’s murder was part of a broader war for the illegal betting market.

According to CBI intelligence, Shetty’s hold on the market had limited Rajan’s scope to expand into major betting centres such as Dubai and Mumbai.

By the mid-noughties, Dawood had control over the Indian cricket betting market.

Anees had more than capably filled Shetty’s shoes, while the bookie, Ashwani Aggarwal (alias Tinku Mandi) had marshalled a considerable syndicate stretching from Dubai to Delhi.

The syndicate’s influence surfaced during the entrapment of West Indian cricketer Marlon Samuels in 2007 by the Dubai-based businessman, Mukesh Kochhar.

An associate of a D Company bookie, Kochhar had ‘milked’ Samuels for insider information during the Windies 2007 tour of India.

Samuels was suspended for two years.

D Company’s capacity to corrupt the game resurfaced with the 2013-14 Mudgal Committee inquiry into spot-fixing and illegal betting during the 2013 IPL season.

The Rajasthan Royals’ owner, Raj Kundra, and the Chennai Super Kings’ team ‘principal’, Gurunath Meiyappan, were accused of betting on matches in which their teams were playing. The Committee found the allegations had legs and referred them to the Supreme Court.

The Committee’s findings were an embarrassment to the then head of the BCCI and ICC, Narayanaswami Srinivasan.

Meiyappan is his son-in-law. He had placed bets, through an intermediary, with D Company bookies Rumesh Vyas and Chandresh Jain.

Also submitted to the Supreme Court was a sealed envelope containing the names of another 12 players who had been in contact with bookies during the 2013 IPL season.

As the Mudgal Committee noted, the IPL’s inclusion in the cricketing calendar had coincided with an ‘alarming’ rise in corrupt activities.

According to the Indian Government, D Company assisted the ISI and Pakistani based Jihadists in staging the 1993 Mumbai bombings which killed 257 people.

In October 2003, the US Treasury branded Dawood a “specially designated global terrorist”.

Allegedly, he had provided financial and logistical support to Al Qaeda, Lashkar-e-Taiba and Kashmiri separatist groups in northern India.

This is not surprising. Dawood’s wealth has bought power and influence throughout South Asia. It extends from the streets of Mumbai, Karachi and Dubai into the corridors of corrupt sheikhs and politicians across the region.

Organised crime has bought sporting organisations and politicians before.

Just look at the influence of the Medellin and Cali drug cartels on Columbian football during the 1980s and 1990s.

Players and officials were killed or threatened and the majority of the clubs were run on cocaine money.

Cricket corruption hasn’t plunged to these depths yet. But given D Company’s growing influence perhaps it’s only a matter of time.