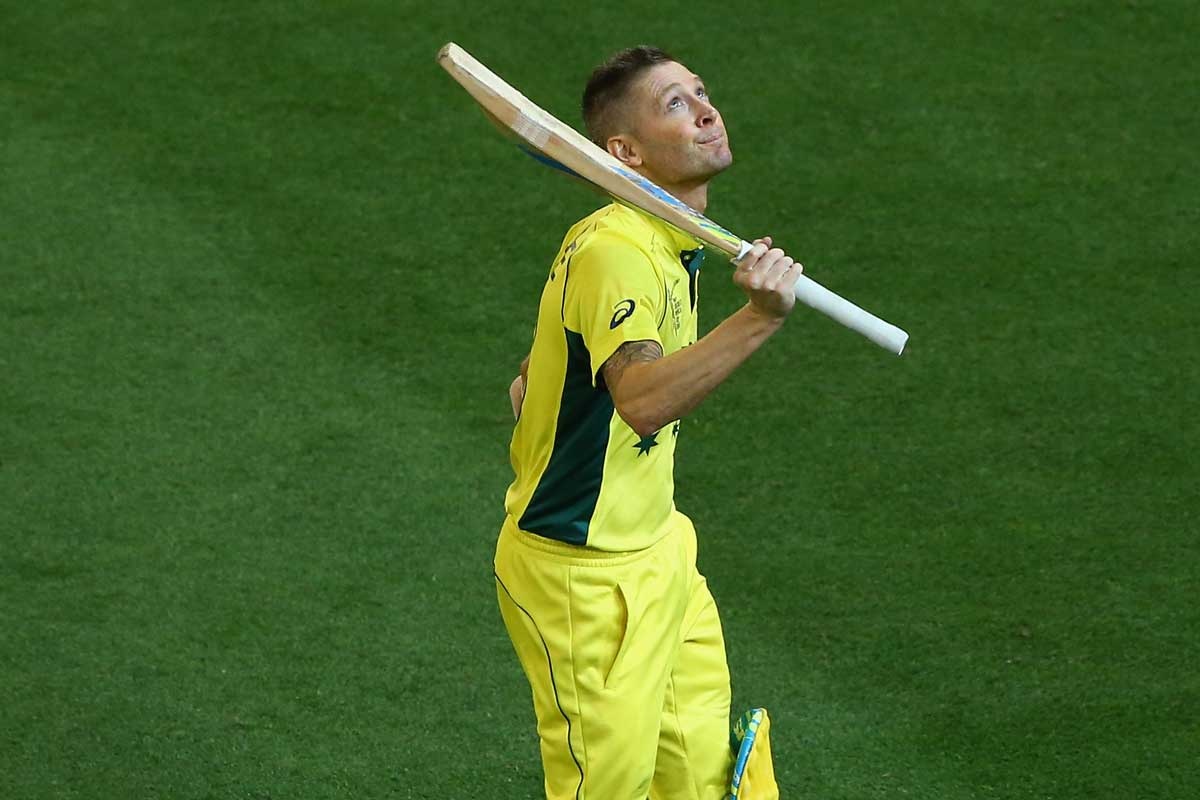 Australia are cricket World Cup champions for the fifth time, comprehensively outplaying New Zealand to win by seven wickets in front of 93,013 supporters at the Melbourne Cricket Ground.

It was the dream final showdown: co-hosts, fierce rivals and the two best teams of the tournament. But ‘Big Brother’ triumphed over the overachieving, previously unbeaten final debutants, with Michael Clarke’s charges prevailing in a manner so convincing it would have exceeded even the most pessimistic Kiwi’s worst fears.

If there was a negative to draw from the final – besides the lack of a close, classic contest – it was the victors’ histrionics as a procession of vanquished Black Caps batsmen made their way back to the dressing room.

• Australia thumps New Zealand to win World Cup
• Michael Clarke retires from ODIs
• Hoggy: let’s go back to the scene of the crime

Brad Haddin’s mock-clapping after the tournament’s top run-scorer Martin Guptill was bowled was juvenile; Mitchell Johnson eyeballing retiring legend Daniel Vettori was classless; Haddin and James Faulkner’s send-off for Grant Elliott, after the semi-final hero had played so brilliantly for his 83, was an embarrassment.

Aggression and intimidation is a key factor in this Australian side’s success – it got them over the line again on the biggest stage of all. But, gee, wouldn’t it be great if they employed those elements without the insolent tagline? It sullies the sportsmanship and humility consistently shown by the likes of Smith and Clarke.

But the day belonged to captain Clarke, the coolheaded Smith and the Australian unit that bowled and fielded so impeccably. They dominated from go to whoa with relentless precision and enthusiasm. The Kiwis had no excuses, nor would McCullum and co. reach for any – they were unequivocally outplayed in every department by an outstanding team.

Here are our five moments that defined the 2015 World Cup final.

Has there been a more emphatic tone-setter in a big World Cup match? As per usual, New Zealand captain Brendon McCullum looked to take the bull by the horns: winning the toss, opting to bat, charging and swinging at everything. But Mitchell Starc was up to the challenge, beating McCullum twice before rattling his stumps with an out-and-out peach. The wind hadn’t gone out of the Black Caps’ sails – their hull had cracked and they were rapidly taking on water. The pendulum barely swung an inch from that point on. Starc has many years at the top level in front of him, but the fifth delivery of the 2015 final will take some topping as the pinnacle moment of his career.

The headlines and social media posts involving Brad Haddin will predominantly focus on his petulant behaviour behind the stumps – which is a shame, because his sensational catch to dismiss Ross Taylor was arguably the true turning point of the final. Taylor and Grant Elliott had put on 111 for the fourth wicket and a 250-plus score was beginning to materialise. Haddin’s low, outstretched grab was the first of three wickets to fall for just one run, while the Black Caps’ last seven tumbled for a paltry 33 runs.

New Zealand’s opening bowling duo Trent Boult and Tim Southee repeatedly delivered throughout the tournament, and Boult allowed Kiwis to dream – albeit momentarily – with one last piece of inspiration. Boult’s superb caught-and-bowled to send Aaron Finch packing had Australia sweating at 1-2 and it looked like game on.

With Australia on 26 after consecutive David Warner boundaries, McCullum took second slip out. Warner edged Southee’s next ball just out of first slip Taylor’s reach … exactly where second slip would have been standing. New Zealand needed to capitalise on every half-chance defending such a small total and luck, as well as execution, deserted them at the MCG.

While it would have been fitting for Michael Clarke to strike the winning runs in his last ODI – or at least be out there when Australia clinched victory – when he was bowled for a sparkling 74 with only nine needed, it gave the crowd (and the Kiwi players, who graciously congratulated Clarke as he left) an opportunity to show their appreciation for the skipper. Clarke’s triumphant walk towards the throng was the most poignant and spine-tingling moment of the final. As he hoisted the World Cup trophy, the memories of supposed attempts to blackball his return to the team seemed a million miles away.