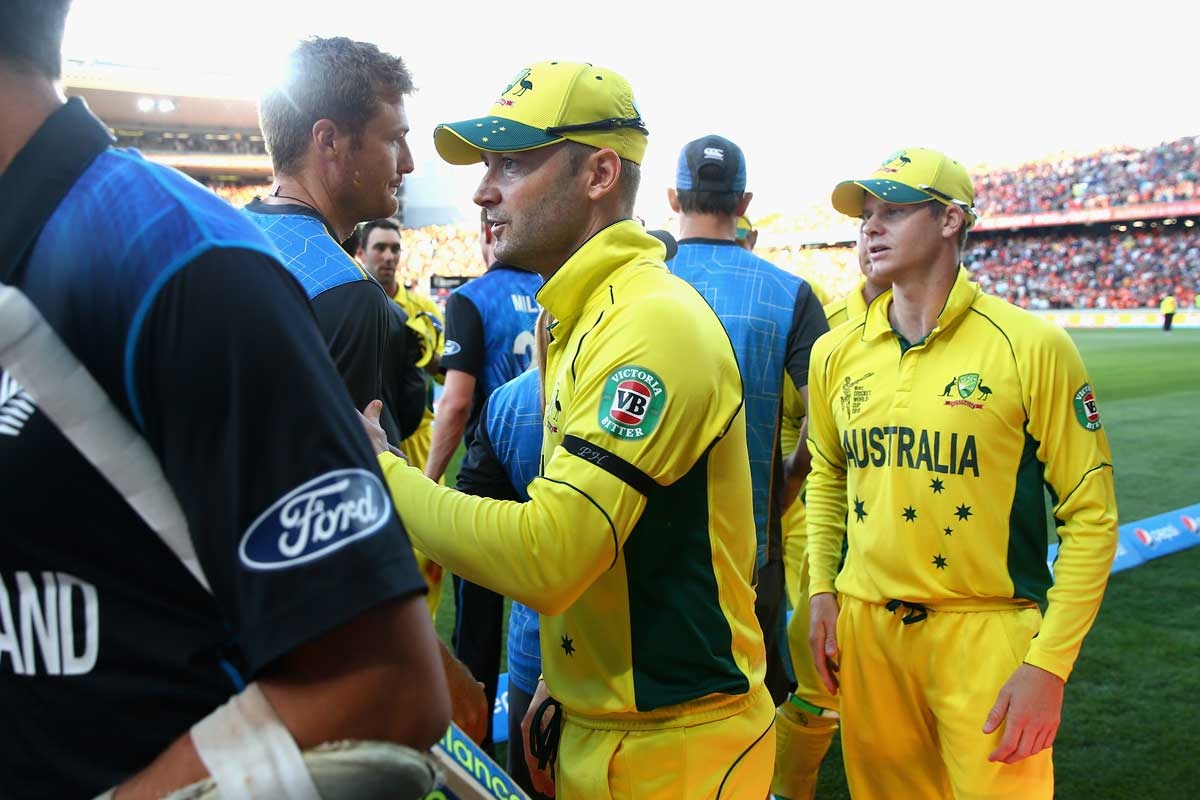 Michael Clarke says it will be a tough battle on the MCG in the World Cup final, but that there’s a lot of mutual respect between the trans-Tasman rivals.

Tournament co-hosts Australia and New Zealand will square off at the MCG, with both sides out to make history.

Australia failed to reach the knockout phase in 1992, their only other opportunity to win a World Cup on home soil.

New Zealand are playing in their first World Cup final ever.

“I don’t think it matters too much to us who we had to play in the final … it happens to be New Zealand,” Clarke said after his side’s semi-final win over India in Sydney.

In another, the Australia skipper can’t wait to reignite the trans-Tasman rivalry after losing to the Blackcaps in the group stage of the tournament.

“The fact that the two hosting nations are in the final is extremely special,” Clarke said.

“There’s a great mutual respect between both teams.

“But off the field, both teams get on really well.”

Clarke described New Zealand as the “form team of the competition” given they are yet to suffer a defeat.

“They certainly deserve to be in the final. We’re going to have to be at our best to beat them,” he said.

Clarke suggested New Zealand’s greatest strength was the potent new-ball combo of Tim Southee and Trent Boult, who skittled Australia for 151 in their pool clash at Eden Park.

“Their new-ball bowling has been exceptional,” he said.

“We experienced that the game we played against them and I think we’ve seen that throughout the tournament.

“They’ve been able to swing the ball in New Zealand … we’re going to have to make sure we bat well.”

However, Clarke was keen to see how they fare in a foreign land.

“The fact that the conditions are different will certainly help us,” he said.

“We’ve played a fair bit of cricket throughout the summer at the MCG.”