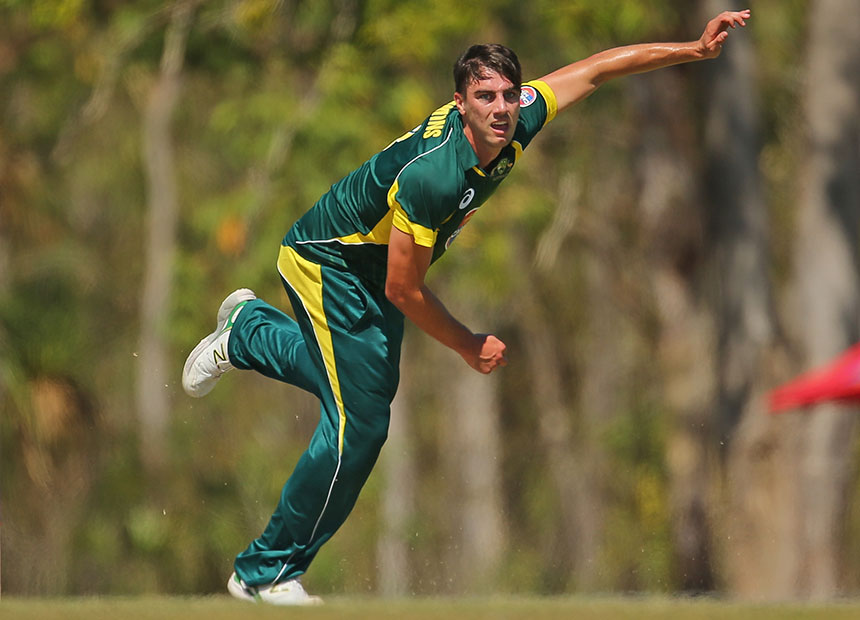 Four injury-plagued years after earning man-of-the-match honours in his one and only Test for Australia, Cummins finally feels back at the top of his game.

Sydney Thunder’s lightning quick regularly fired down deliveries nudging 150kph against Brisbane Heat on Sunday night and hopes to go even faster as the summer goes on.

“ANZ Stadium the other night was probably the quickest wicket we’ve ever seen there,” Cummins said on Tuesday.

“So it was really exiting to bowl there, but I probably surprised myself. That was probably the quickest I’ve bowled in a year or so and every time I bowl I just feel a little bit better in terms of form, just a bit more rhythmic.

“But the other night felt probably as quick as I’ve ever bowled.”

Cummins was just 18 and Australia’s youngest Test player since Ian Craig almost 60 years earlier when he claimed seven wickets in a spectacular debut against South Africa at Newlands in 2011.

But after breaking down and constantly battling stress fractures in his back, he hasn’t gone close to playing a Test match since.

Even now, the 21-year-old is restricted to Twenty20 and one-day games and accepts he’s “absolutely no chance” to feature in Australia’s final two Tests against India.

He’s certainly putting his hand up for the World Cup in February and March, though.

“That’s a massive goal for me,” Cummins said.

“It’s only about a month or two away now so every game is an audition for all the players around the country to try and get in that 15-man squad.”

Cummins has been bowling for more than 12 months with any setbacks and has no doubts he’s ready for the rigours of a month-long World Cup campaign.

“The game the other night, the body felt phenomenal. I didn’t have to think about it,” he said.

“I can get to the top of my mark and just worry about running in as fast as I can and bowl as quick as I can.

“Every game I feel better and better and I feel like I’m bowling as well as I ever have.”