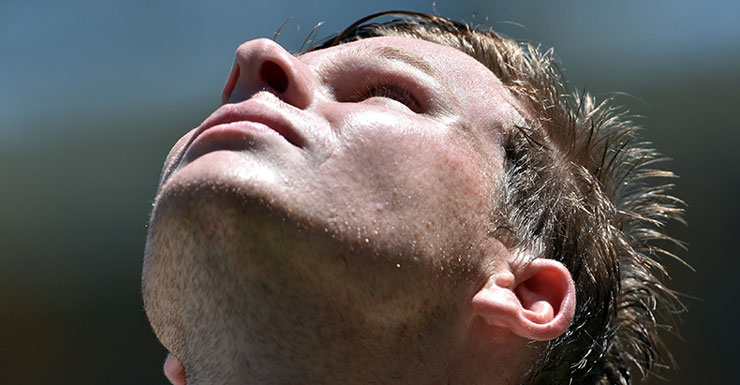 Flattery will get you nowhere.

Yet recovering quick Ryan Harris still appeared to do his best to seal a Boxing Day Test return against India by claiming Steve Smith should be handed the Australian captaincy across all forms of the game.

However, cynics could have argued Harris (quad) did his best to book a comeback from injury by giving second Test man of the match Smith a huge rap.

Not that it would be music to the ears of incumbent Twenty20 skipper Aaron Finch or the injured Michael Clarke’s national ODI deputy George Bailey.

“There’s no doubt I can see him as captain in all forms,” Harris told Fox Sports.

“We will see what happens, there is obviously a big (2015) World Cup coming up.

“George Bailey’s done it (ODI role) in the absence of Michael Clarke and I think he has done a pretty good job.

“But with Steve Smith heading that way it might be a good idea to give it to him.”

Smith stood tall in his first Test as captain, notching a game-changing 133 before fiery quick Mitchell Johnson sealed a four-wicket win at the Gabba with a day to spare.

Harris claimed he was a “90 per cent” chance of returning in the third Test in what loomed as a straight swap for left arm speedster Mitchell Starc.

“It’s going well. It was just a slight strain there,” Harris said.

“There’s no pain there – it’s all looking up.

“I am pretty keen to get back out there and play – I am frustrated watching.”

However selectors are not likely to risk allrounder Marsh who was limited to batting in Brisbane after suffering his fifth hamstring injury in two years while bowling on day one at the Gabba.

Marsh’s injury may auger well for the retention of Watson who suffered a double failure in Brisbane batting at No.3, including an ugly eight-ball duck on Saturday.

However, he looked dangerous with the ball in Brisbane, taking match figures of 1-66 off a total of 27.4 overs – the most he has completed in a Test in two years.

Allrounder James Faulkner may replace Marsh after being on standby for the WA matchwinner in the recent ODI series against Pakistan.

Scan results will reveal the full extent of Warner’s ailment although a team spokesman claimed they did not believe he had suffered a thumb fracture.

Steve Smith: ‘Make him captain of everything’