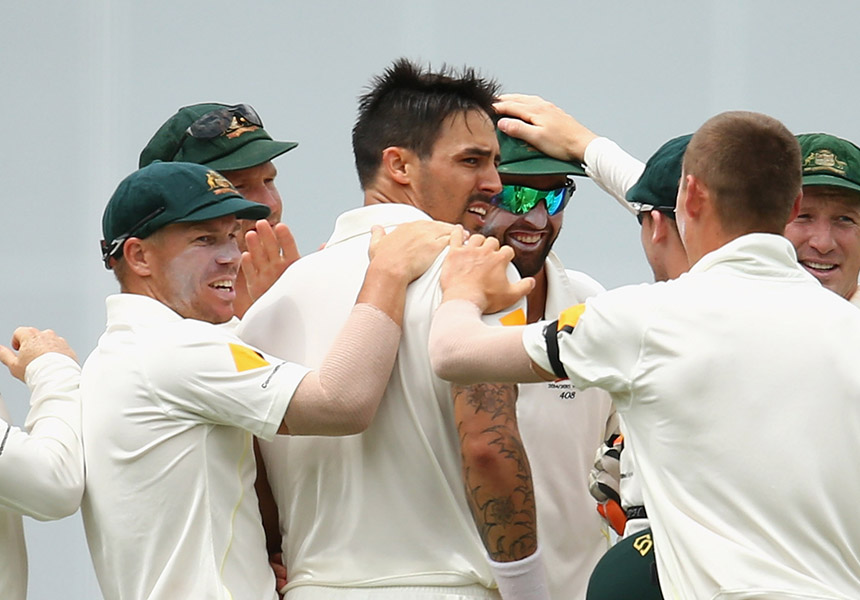 They fired up David Warner in Adelaide and motivated Mitchell Johnson in Brisbane, now former captain Sunil Gavaskar has implored India to stop the sledging.

Warner was recalled after being bowled off a no-ball in the first Test, then swapped barbs with the tourists en route to his second century in the match.

Johnson was given a loud welcome to the crease by Rohit Sharma and Virat Kohli in the second Test, but the fielders were more subdued after he clubbed 88 off 93 balls.

Opener Shikhar Dhawan also exchanged sharp words with Warner and Shane Watson when the teams walked off at lunch on day four.

India captain MS Dhoni was happy with his chirpy teammates.

“Because you want a bit of aggression in the game … it brings a bit more entertainment for the spectators,” Dhoni said.

But Gavaskar, whose name jointly adorns the trophy the two sides are playing for, disagreed.

The former opener, who scored 10,122 Test runs, suggested his old side reassess their verbal approach after going down 2-0 in the four-Test series.

“The Indians should not get into verbal spats with the Australians … giving it back to Australians wasn’t such a smart idea,” Gavaskar said.

“We in India, even in club level, are not used to chirping.

“But the Australians, from the very beginning, are getting into these situations regularly.

“It’s really water off a duck’s back to an Australian if you have verbal spats with him.”

Gavaskar added that such run-ins would only serve as distractions for India.

“It will always stay in your mind, even if you are dishing it out,” he said.

“If it is staying at the back of your mind then it is counter-productive.

“I know we have talked about being aggressive but that is about aggressive intent.”

Gavaskar paid tribute to the way Australia “tempered the verbal spats in this series”.

“Especially after the unfortunate Phil Hughes incident. I think there are trying to turn over a new leaf, and that’s how cricket should be played,” he said.

Gavaskar also critiqued Dhoni’s claim that Kohli was not ready to bat on day four, when Dhawan retired hurt after being hit in the nets.

“Let’s not make that as an excuse,” he said.

So how’s the sledging working out for you?