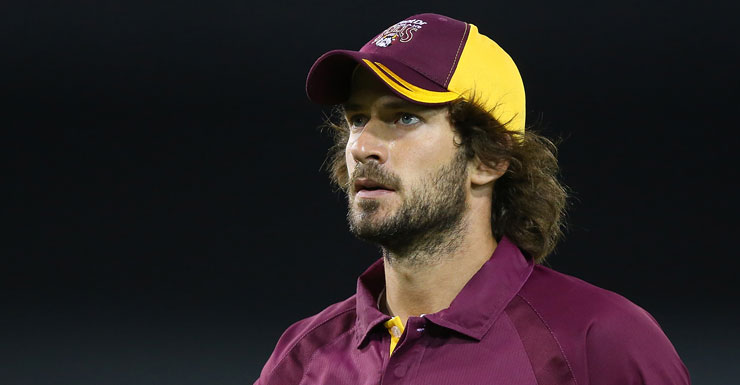 A self-confessed cricket tragic, it doesn’t get much better for Joe Burns than a Test debut on Boxing Day.

Burns’ home ground is the Gabba and it was brotherly backyard cricket in Brisbane where he first honed his batting skills.

But it’s the MCG where Burns’ attention is always fixed on December 26 when childhood heroes forge reputations for Australia.

• Big-hitting Burns brought in for Boxing Day
• Steve Smith: ‘Make him captain of everything’

“The day after Christmas when you’re sitting on the back deck watching the cricket – it’s a special day,” Burns, who was added to Australia’s Test squad on Sunday in place of injured all-rounder Mitch Marsh, told reporters in Sydney.

“I remember playing in the backyard … they’re probably my (two) earliest (cricket) memories.

“I do follow the game closely. I love the game of cricket and I guess that makes (playing on) Boxing Day even more special.

“Any Australian cricket fan dreams of playing in these sort of games … it’d be very special.”

Burns vowed to keep calm under the intense scrutiny that comes with debuting on one of the most distinguished days in Australian sport.

“In terms of the pressure, I think I’ll just enjoy the experience, enjoy the moment and hopefully go well,” the right-hander said.

The 25-year-old, speaking on Sunday as he prepared to play a Big Bash League match before joining the Test squad, could hardly believe it.

“I was pinching myself before, just thinking it may actually become a reality,” Burns said.

“My dad didn’t believe me.”

Burns added it was a bittersweet feeling, given Queensland teammate Usman Khawaja would have potentially taken his spot if not for a serious knee injury.

“There’s plenty of players that dream to be in this situation and you feel for them when other circumstances take it away,” Burns said.

Burns made his debut with the Bulls in 2011 then flourished as a batsman when Darren Lehmann was appointed coach of the state team.

“If I do play on Boxing Day it’ll be with great pride that he’s my first Australian coach. Hopefully there’s plenty of games to come under him,” Burns said.