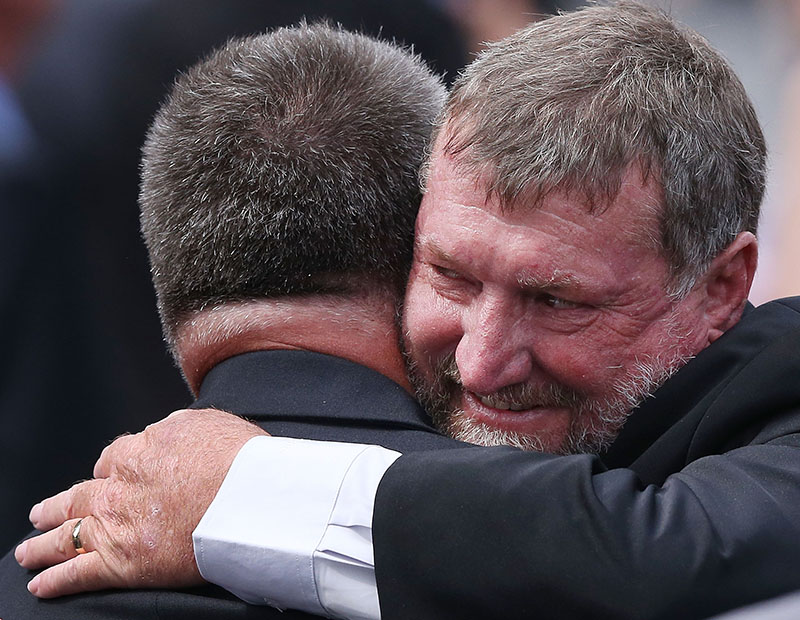 Phillip Hughes’ family has taken out full page messages in Sunday newspapers around the nation to thank Australia for the support since the former Test batsman’s death.

The message published in News Corp Australia papers is topped with a simple `Thank You From The Hughes Family’ and a photograph of Hughes in his baggy green cap.

· Macksville takes its place among cricket sacred sites
• In Pictures: A town says goodbye to a mate
• #putoutyourbats creator tells of his grief
• What they said about Phillip Hughes

Hughes’ father Gregory, mother Virginia, brother Jason and sister Megan also spoke of their grief more than two weeks since Hughes was fatally struck by a bouncer during a Sheffield Shield match at the SCG.

“Words cannot express our sorrow at Phillip’s passing, but your love and support has given us great strength at this very difficult time,” the message reads.

They made particular mention of their home town Macksville community, Test captain Michael Clarke and other national and state cricketers, and the medical staff at Sydney’s St Vincent’s Hospital who cared for the 25-year-old before his death.

It’s been an emotional weekend for the family, with Hughes’ older brother returning to Sydney grade cricket on Saturday for the first time since the Australia batsman’s death.

Jason Hughes scored 63 for Mosman, the same number of runs his famous brother had made when he was felled while batting for South Australia against NSW.

There was also many tributes to Hughes at the first Test against India in Adelaide, with Australian players dedicating their performances and the team’s dramatic win to their former teammate.

Thanks Australia for your love and support