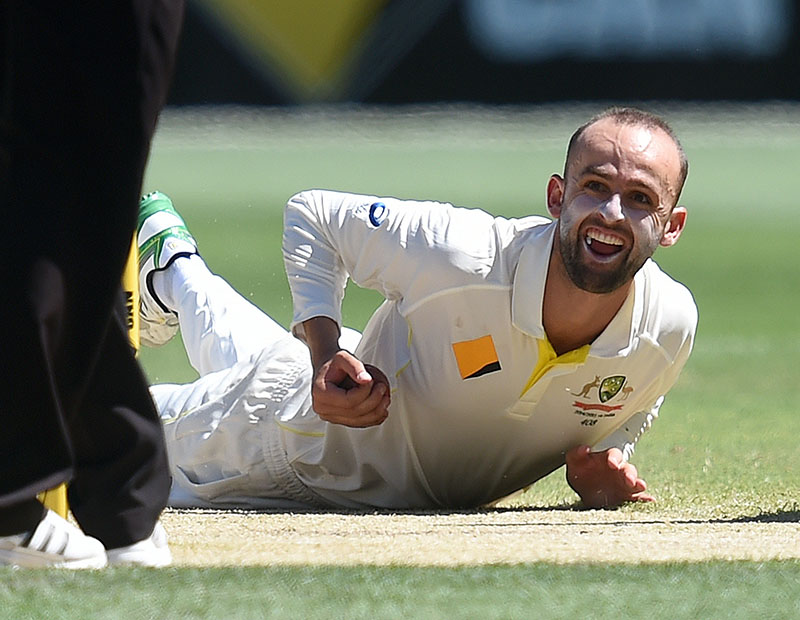 The Australian spinner does not have even 24 hours to revel in one of his finest performances in Test cricket before he has to prove his worth again.

Such is the lot of Australian spinners in the post Shane Warne era.

Lyon’s terrific spell on the morning of day four is the main reason the hosts are well placed for victory in Adelaide but the spotlight will inevitably fall his way on the final day.

The unrelentingly, and at times unfair, pressure on Lyon relates to his inability to dominate a fourth innings in his home country.

There are a myriad of mitigating factors, not the least the lack of conditions to suit on a lot of Australian pitches, but Adelaide will again give Lyon his chance.

The former groundsman of this reconfigured venue is playing his 36th Test, has six five-wicket hauls, but it yet to claim 10 wickets in a match.

Lyon has been granted a persistence from selectors that his predecessors would have craved which adds to the hunger of Australian fans to see wickets aplenty in the harvest.

A lot of the yearning stems back to events at his venue in 2012.

Early in that year, which was the back end of India’s last Test tour here, Lyon was the leading wicket-taker in the fourth innings as he claimed 4 for 62 to help Australia to a 298-run victory.

Unfortunately for the tweaker, the tourists were a broken bunch by the time they came here, and the performance did not gain the acclaim it may have in other circumstances.

The real sticking point came in November of that year against South Africa in a series where the the world number one Test ranking was up for grabs.

Faf de Plessis and AB de Villiers resistance on the final day has become the stuff of legend, as the Proteas lasted for a draw, having started the final day four wickets down.

By the end of that famous day Lyon had figures of 3 for 49 from 51 overs and his inability to become the fourth innings hero has haunted him ever since.

The scrap heap of Australian tweakers post-Warne is evidence that many men of the craft do not get a second chance.

Cricket can be cruel and, at times, defies its own sayings.