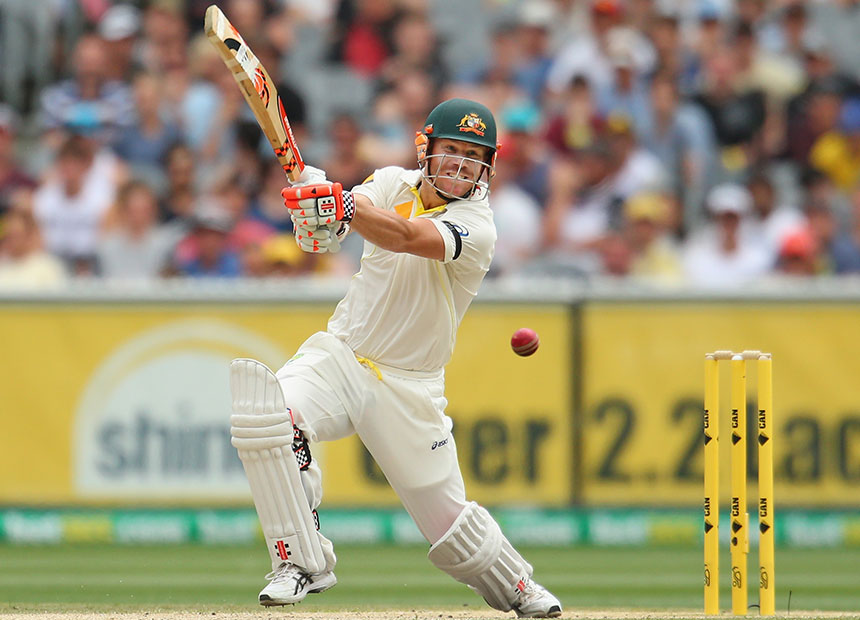 Dashing opener David Warner rode his luck to rise into rare air with a century in each innings against India in the first Test.

Warner followed his first innings 145 with another ton on Friday at Adelaide Oval.

The left-hander made 102 and became just the fifth Australian to achieve the double in Test cricket twice or more.

And Warner is only the second man to do it twice in a calendar year, following Ricky Ponting in 2006.

Warner says the memory of his late mate Phillip Hughes inspired him to the rare feat.

But he wants more. And he wants them big.

“For me it’s now about when I’m making those hundreds, I’ve got to make big hundreds and turn them into double-hundreds,” Warner said.

“They are the achievements you want and they are the ones that get recognised a lot.”

Warner rode his luck in making on Friday.

And he thought often of how Hughes scored a ton in both innings in a Test against South Africa in 2009.

“Definitely it was in the back of my mind,” he said of Hughes’ achievement.

“We have been seeing the highlights of his back-to-back hundreds in the last week or so, and it’s a fitting thing I think.

“He was giving me some luck out there today, which is fortunate enough for myself.”

Ponting is the only Australian to bank centuries in each innings three times.

Warner was already one of 15 Australians to hit tons in each innings of a Test after making 135 and 145 against South Africa in Cape Town in March this year.

Warner has now scored six centuries in his past 11 Test knocks.

AUSTRALIANS TO SCORE TONS IN BOTH INNINGS TWICE OR MORE