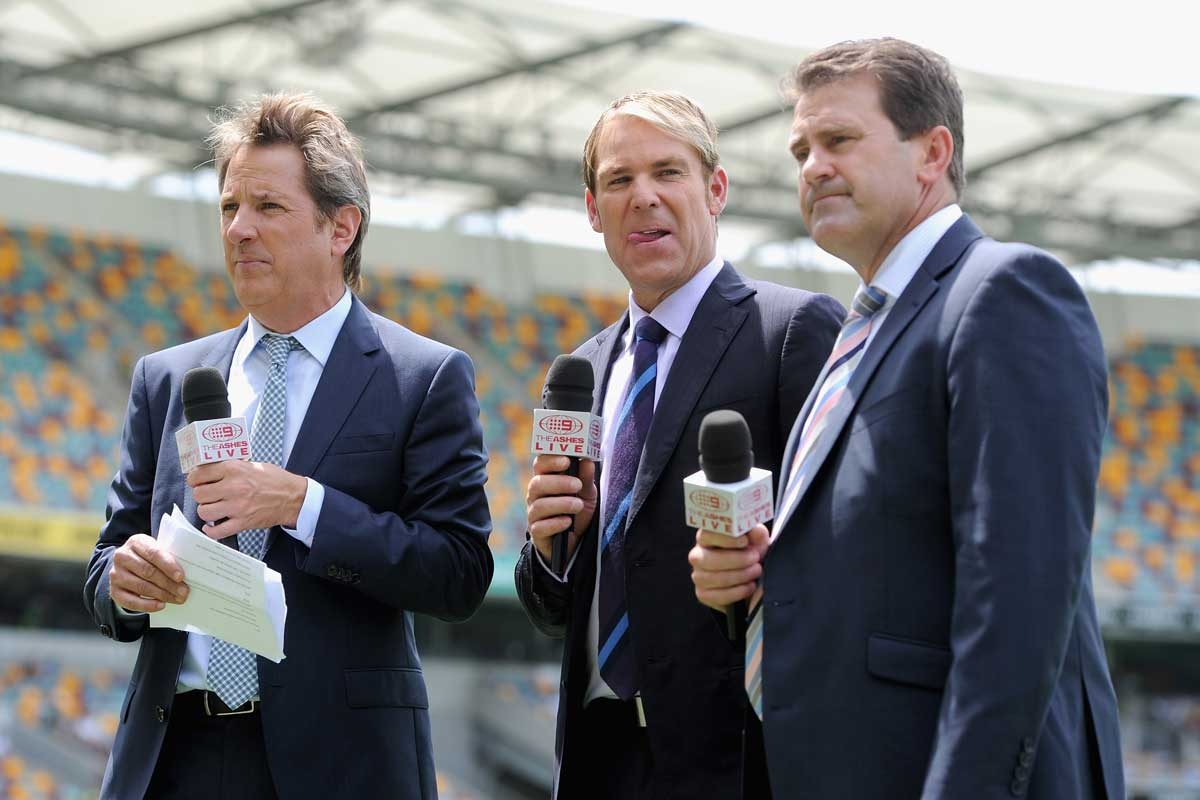 The absence of the decision review system (DRS) from Australia’s Test series against India is wonderfully refreshing, despite what Channel Nine will tell you.

The bowler bowls, if he thinks the batsman is in strife he appeals, and the umpire makes a decision: out or not out – end of story.

Perhaps the only people missing the litany of ‘snickos’, ‘hot spots’, ‘eagle eyes’ and endless replays are the Channel Nine commentary team – because it shows in stark light precisely how banal they’ve become.

• Australia builds big lead as Test finds its mongrel
• Johnson short ball shows how cricket has changed
• A heroic knock, and a glimpse of the future

Far too often during Thursday’s play did Mark Nicholas, Shane Warne and Ian Healy moan about the Board for Control of Cricket in India’s (BCCI) decision not to sanction the use of the DRS in matches involving India, and they started to sound like a broken record.

In between we had Ian Chappell’s generalisations about Indian batsmen being lazy, Warne fantasising about “creaming soda and toasted sambos”, and Michael Slater urging Wriddhiman Saha to “smell the leather” when Mitchell Johnson whistled one past his helmet in the final over of the day.

(The days of Richie’s understated brilliance and Bill’s enthusiastic musings feel as warm as a childhood blanket right now.)

With repartee such as this, it’s no wonder Nine need their gizmos back – at the very least they distract the viewer a little from the drivel.

Even without ‘hot spot’ being in play, the broadcaster still feels the need to work it into the coverage at any conceivable opportunity.

That’s fine when we’re talking about an edge, or occasionally to show us exactly how Dave Warner or Virat Kohli struck one out the middle.

But did we really need to see Johnson’s first ball to Virat Kohli slam into his helmet in glorious, infra-red slow motion, and check that big white spot it left there?

Now, I’ll be honest – I’m afflicted badly by nostalgia. I still pine for the days when television coverage had a flashing ‘R’ in a top corner of the screen to designate when a replay was being shown (far too often have I gone up at the fall of a wicket only to realise it’s the same one I watched 20 minutes prior).

So, without the DRS we’ll see a few mistakes – like Ian Gould allowing Rohit Sharma to survive a good lbw shout from Nathan Lyon.

But we see mistakes with the technology too, and its absence brings us back to an old credo that will soon be lost forever – the umpire’s decision is final.

I’ve got no great affection for the BCCI – I don’t know many people who do – but could it be that they’ve got the right idea on this one? That cricket without the DRS is a more enjoyable game?

Or, I should clarify: a more enjoyable game if you’ve got your television’s sound turned down, or a radio tuned to ABC Grandstand.

DRS: bad for the game, good for Channel Nine