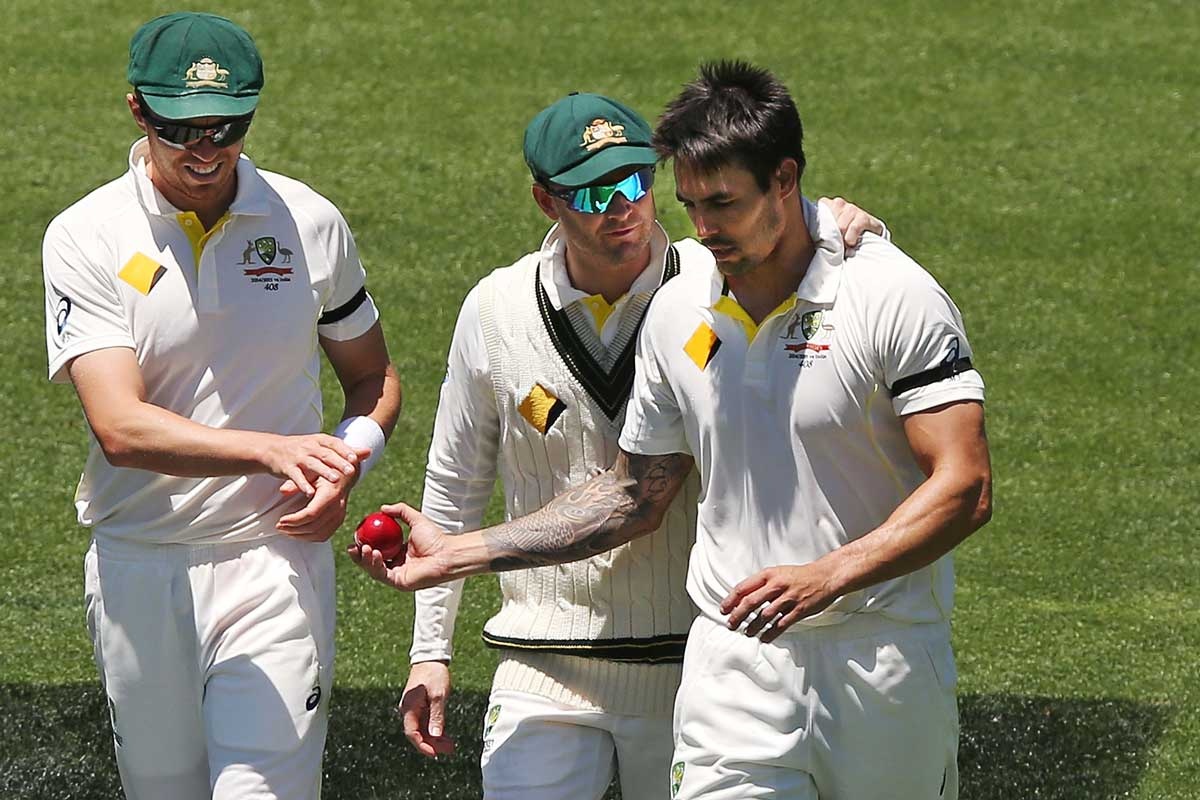 After ball cracked into helmet, the captain rushed to him.

He placed comforting hands on his shoulder. Gave him a supportive tap on the back.

But this time, it was a captain asking his bowler if he’s okay after a batsman was hit in the head.

• A heroic knock and a glimpse of the future
• Martin Blake: David Warner’s finest hour

Johnson sent down a searing bouncer to the Indian, facing his first ball on Thursday in the first Test in Adelaide.

The bumper was perfect – if they’re allowed to be anymore.

Kohli ducked, but into the path of the ball which crashed into the front of his helmet.

Normally, such a delivery would prompt a raucous response from an Australian crowd.

Australian fielders raced in to check on the Indian’s welfare as Kohli checked his helmet.

Brad Haddin was quickly there, as he was when Hughes was felled by the fatal ball in a Sheffield Shield match just over a fortnight ago.

Johnson was rapidly there too, striding down the pitch while keeping eyes of worry, not venom, on Kohli.

He offered the touring batsman a quick pat on the arm, turned and found Clarke comforting him.

Pre-match, Johnson spoke of his uncertainty about how he would react if he hit a batsman in the head, like he has in the past.

“I’m not sure. It might be different this time … I don’t know how I’m going to feel,” he said on match eve.

Now he knows. Instead of smelling blood, he reeked of concern.