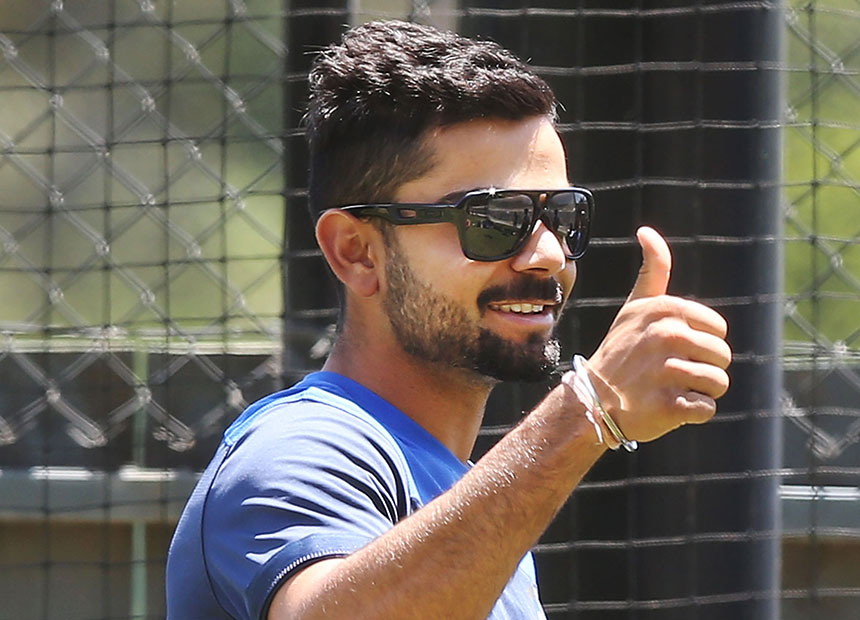 Earned a Test recall during Australia’s tour of India last year and made the most of it, scoring 167 in Hyderabad and 153 in Mohali amid the 4-0 thumping. Has looked comfortable at the crease in India’s two tour games.

Capable of turning a match on its head, not unlike David Warner. Warner was actually dropped down the Hyderabad batting order so Dhawan could open when the two played for the same IPL team this year.

Happy to bat time in an era when most children in his homeland dream of Indian Premier League glory, instead of relatively turgid Test struggles. Scored 153 against South Africa’s star-studded pace attack at the Wanderers last year and will be one to watch in this series.

Announced himself as a future captain when India most recently toured. The visitors were trounced 4-0, but Kohli scored his maiden Test century in Adelaide. Does not lack confidence and has already vowed there will be more aggression from India compared to 2012.

Earned a one-day international debut in 2011 with a sterling performance in Townsville of all places. Scored a century against an Australian attack featuring Mitchell Starc and Sean Abbott in the Emerging Players tournament, then another ton against South Africa in Brisbane.

Scored 264 in a one-dayer against Sri Lanka last month. Once that was a good team total. Classy strokeplayer but hasn’t had as much success at Test level yet.

It’s a hard life being a wicketkeeper in India. Saha has had almost three years in the Test wilderness since playing against Australia in Adelaide. Looks set to be behind the stumps in the first Test, although there are contrasting reports over MS Dhoni’s fitness.

Bamboozled Australian batsmen during last year’s four Tests in India, claiming 29 wickets at an average of 20.10. Recently said a breakthrough Test series win in Australia would be a bigger achievement than winning the World Cup.

Remains a raw prospect because of a staggering five stress fractures, but was the leading wicket-taker in both of India’s tour games. Pace and bounce are his biggest weapons.

One of few familiar faces in the squad for most Australian fans, who will remember how the then 19-year-old worked Ricky Ponting over in a sizzling spell at the WACA. Could be squeezed out of India’s attack, but is their only experienced pace-bowling option.

Swing specialist who rattled England earlier this year, snaring 19 scalps at an average of 26.62. Was notably the only Indian bowler to play the entire five-Test series against England.

Yet to play a Test against Australia, but strong form in India’s two tour games suggest he may be given the new ball at Adelaide Oval. Not overly tall for a paceman, but still more than capable of sending down a challenging bouncer.

Dhoni has led his side to the summit in all three forms of the game: the No.1 Test ranking for 18 months, a World Twenty20 win in 2007 and one-day World Cup triumph on home soil in 2011. Likely to miss the first Test, but will be key player if India is to celebrate a breakthrough Test series win in Australia.

Dhoni’s likely absence hurts the allrounder’s selection hopes for Adelaide Oval, but the man dubbed ‘Rockstar’ by Shane Warne wouldn’t look out of place in their XI. The spinner dismissed Michael Clarke five out of a possible six times during Australia’s miserable tour of India in 2013.

Meet the Indians, men on a mission Down Under