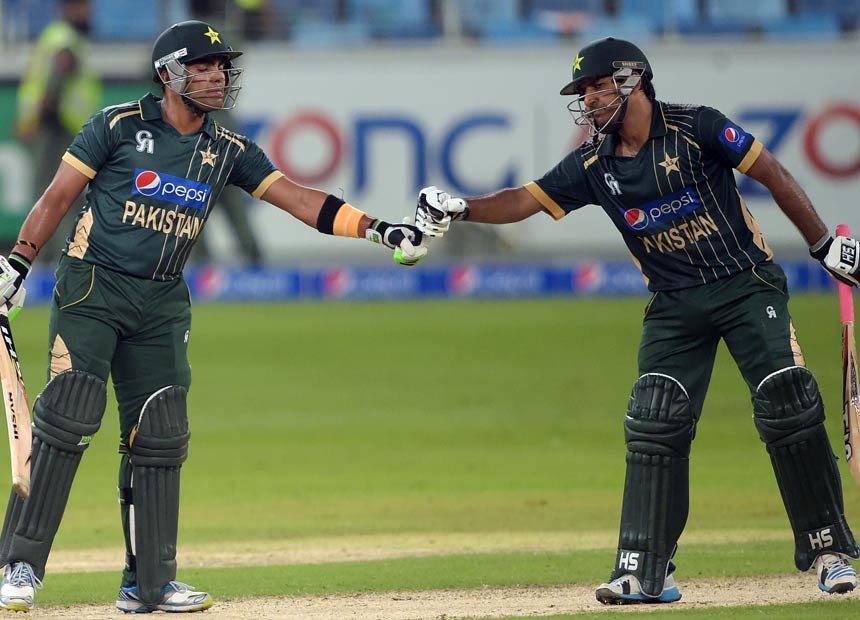 Opener Sarfraz Ahmed made a career-best 76 not out to guide Pakistan to a comfortable seven wicket win over New Zealand in the first of two Twenty20 internationals in Dubai on Thursday.

Chasing a modest 136-run target, Pakistan were lifted by Ahmed’s 64-ball innings which had eight fours and two sixes as they completed the win in 19.1 overs.

The second and final Twenty20 will also be played in Dubai on Friday.

• How a boy from Macksville made cricket’s big time

Ahmed added a quick 51 for the first wicket with Awaiz Zia who made 20 with two boundaries and then continued the good work with a dominating 43-run stand for the fourth wicket with Umar Akmal who made a 24-ball 27 not out.

Akmal finished the match with a huge six off Jimmy Neesham.

In between Pakistan lost Mohammad Hafeez (two) and Haris Sohail (11) but Sarfraz kept one end intact and bettered his previous best of just five in his previous four Twenty20s.

“It was a positive and aggressive decision to field first. The bowlers did well and then Sarfraz was outstanding,” said Pakistan skipper Shahid Afridi of his team’s 50th win in 84 Twenty20 matches.

“There were things that went wrong, we lost early wickets and then couldn’t pick up wickets with the ball. But it’s great to have a look at all the players with so much cricket to come,” said Williamson.

New Zealand owed their total to a career-best, 37-ball 48 by Corey Anderson after they were put into bat on a flat Dubai stadium pitch.

Anderson lifted his team from a precarious 3-15 with a 46-run stand for the fourth wicket with opener Martin Guptill (32) and another 51 for the fifth wicket with Luke Ronchi who made 33.

Anderson hit four towering sixes and a boundary, bettering his previous highest of 20 not out against the Netherlands in Chittagong earlier this year.

New Zealand were without their regular skipper Brendon McCullum who along with paceman Trent Boult and Tim Southee left for home after the drawn 1-1 Test series.

Both teams also play a five-match one-day series, the first of which will be played in Dubai on Monday.