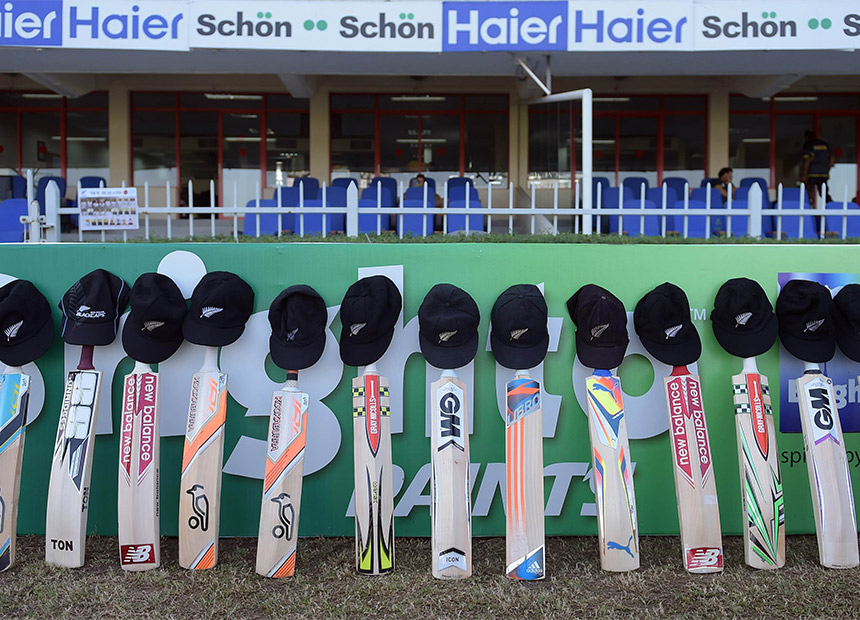 The Sydney man who started the worldwide #PutOutYourBats tribute to Australian cricketer Phillip Hughes has spoken for the first time about the extraordinary response his symbolic gesture has received.

IT worker Paul Taylor put a cricket bat and cap on the front steps of his house on the day of Hughes’s death, then posted a photo of it to social media.

“Backyard or beach cricket, no matter what level, we’ve all grown up with a bat and ball.

“This is our way to connect and show our sadness. Thoughts must go to [the bowler] Sean Abbott.”

The simple tribute soon spread around the world with thousands following suit.

Until now, Mr Taylor has been reluctant to talk about the huge response to his photo, saying it was never about him, and the gesture was only ever about Hughes and Abbott.

I put it (the bat) outside the front door and placed my cap on it and took a photo of it, thought nothing for a little while and then decided to send it out there to let people know ‘hey this is how I’m feeling’

But on the day of Hughes’s funeral he has reflected on the phenomenon, telling 702 ABC Sydney he was looking for a way to express his own grief in the minutes after the news of the cricketer’s death, when he looked over at his cricket bat.

“I was sitting in the lounge room at the time … and overcome by grief, as most cricket fans were,” he said.

“I looked in the corner of the lounge room and there’s my bat sitting there with the hat on, as it does.

“I put it outside the front door and placed my cap on it and took a photo of it, thought nothing for a little while and then decided to send it out there to let people know ‘hey this is how I’m feeling’.

“I just can’t believe how it took off.”

My bat when I was 25. RIP Phil. #putoutyourbats pic.twitter.com/tFWYdfNxoc

Mr Taylor said the overwhelming response to his gesture was totally unexpected.

He has since wondered why the idea spread so quickly and so far, putting it down to the simplicity of the idea.

“Somebody said to me today ‘a simple picture speaks a thousand words and sometimes those words, you can’t even express it and the picture says it all’.

“It was just a statement of mine – that I was upset, and I just can’t believe how it took off.”

The death of Hughes and the depth of feeling among cricket clubs around the world has also caused him to reflect on his own years of playing cricket – in his own club and in his childhood backyard.

“I’ve found myself thinking back to when my dad used to throw a ball to me in the backyard and I even reached back out to my old club and found out that’s where Phillip’s brother is playing,” he said.

Australia captain Michael Clarke made mention of the simple tribute in his eulogy at the funeral for Hughes in Macksville.

“The bonds that lead to cricketers from around the world putting their bats out, that saw people who didn’t even know Phillip leave flowers at the gates of Lords, and that brought every cricketing nation on earth to make its own heartfelt tribute,” Clarke said.