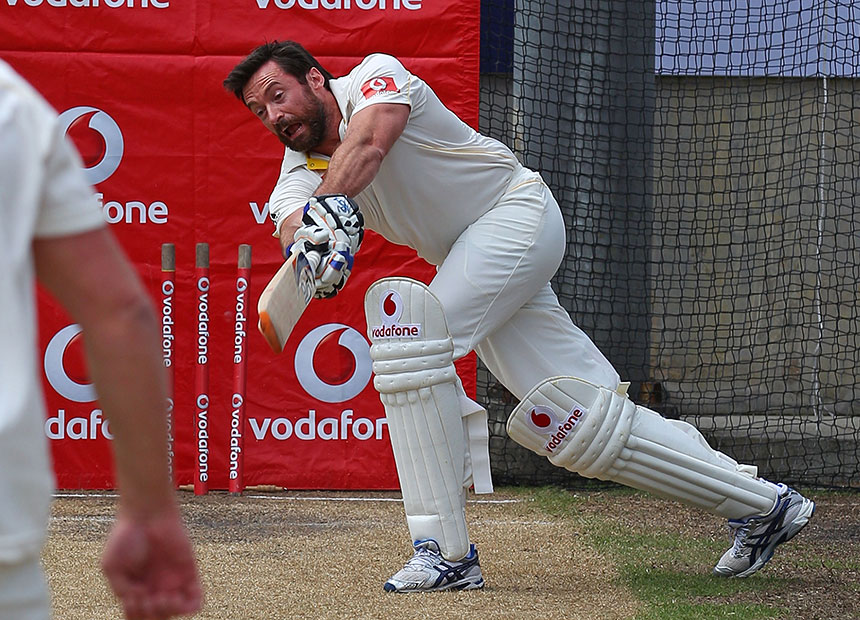 Hugh Jackman has honoured late cricketer Phillip Hughes at his Broadway show by putting his bat out.

The Aussie posted an image of a lone bat propped up on the empty stage where that day’s performance of The River was about to begin.

“Just before curtain on Broadway … Paying tribute to Phillip Hughes,” Jackman captioned the image on Instagram, in memory of the Australian cricketer who died last week.

The tribute comes after Elton John at the weekend dedicated the song Don’t Let The Sun Go Down On Me to Hughes at a concert in Germany.

“I’m a big, huge sports fan and I love cricket, which you don’t know anything about over here,” John told his Munich audience.

“An Australian batsman called Phil Hughes died of injuries he received while batting in Sydney in Australia, and the man who bowled the ball is a 22-year-old called Sean Abbott, and it wasn’t his fault, it was a freak accident.

“But I wanted to dedicate this song to the memory of Phil Hughes and to the Australian team and all the cricketers in Australia who knew him, because he gave me so much pleasure.

“And to Sean Abbott, all I can say is that it’s going to take a long time for you to get over this, but you have a huge future ahead of you, so please don’t give up.

“This is for you Phil, wherever you are.”

From Elton to Wolverine: Hughes tributes roll on