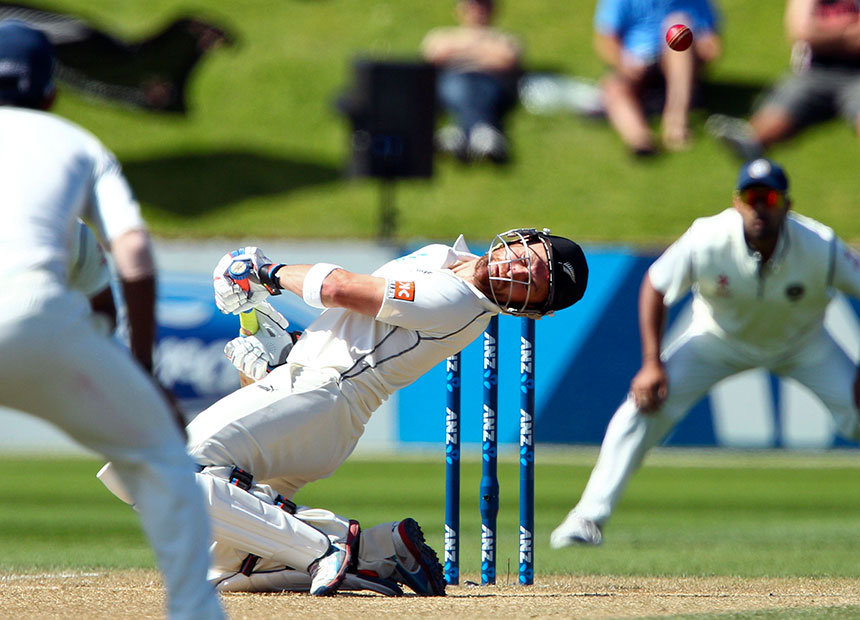 The chief executive of the International Cricket Council says it is “unlikely” rules on the bowling of bouncers would be tightened despite the tragic death of Phillip Hughes.

Hughes died on Thursday, two days after he was struck on the neck and knocked unconscious by a bouncer from Sean Abbott while batting for South Australia against New South Wales in a Sheffield Shield match at the Sydney Cricket Ground.

• Kiwis lead remarkable tributes to Phillip Hughes
• Elton: ‘This is for you Phil, wherever you are.’

Apart from fighting sports such as boxing, cricket remains one of the few games where aiming at the head is considered a legitimate tactic.

David Richardson, the ICC chief executive, said it was too soon to say if there would be a clamp down on bouncers but that his first thought was that the current restrictions would remain in place.

“We need to try and keep our perspective,” Richardson told BBC Radio Five.

When asked about changes to bouncer regulations, he replied: “It’s a bit early to determine, but my initial reaction is that it’s unlikely.

“People have died by being struck on the heart before. I don’t think cricket needs to over-react, but do what we can.”

Meanwhile, Australia great Adam Gilchrist defended the use of bouncers, telling the BBC he regarded them as “part and parcel of the challenge between bat and ball”.

The former wicketkeeper-batsman instead suggested that changing the design of the standard batting helmet – which Hughes was wearing at the time of his fatal accident – so that it covered more of the neck area, would be a more practical change worth considering.

“I guess we could extend the helmet a little bit further down the back of the neck,” Gilchrist said.

“We’ve always thought it is maybe the temple, the cheekbones, the skull itself that we needed to protect — and that still remains — but now we are going to look at any ways of curtailing blows to the neck.”

As well as tributes to Hughes, there has also been widespread sympathy within cricket for Abbott.

“It’s going to be something that haunts him every day for the rest of his life,” said former England fast bowler Bob Willis, who felled helmet-less Pakistan tailender Iqbal Qasim with a bouncer in a Test at Edgbaston in 1978 in an incident that did not prove fatal.

“It’s not something that you can put out of your mind.

“It’s a burden that he (Abbott) is going to have to bear.”

Bouncer to remain a legal part of cricket: ICC