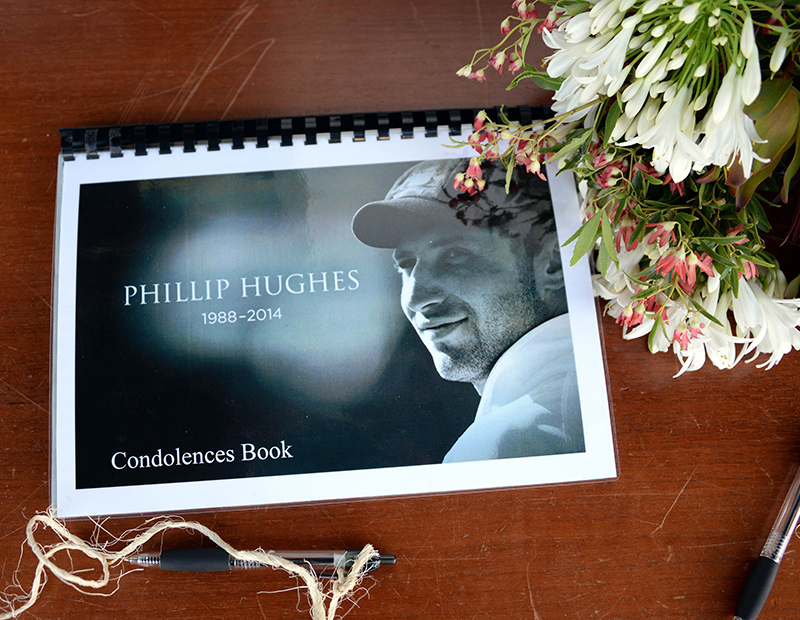 Hughes would have turned 26 today, but his life was cut short just a few days prior due to a severe head injury he received from a bouncer during a Sheffield Shield match on Tuesday.

The funeral service for Hughes will be held in his home town of Macksville in New South Wales on Wednesday at 2:00pm AEDT, and will be streamed live onto big screens at Adelaide Oval.

It will also be broadcast live on ABC local radio right around the country.

Michael Clarke led the birthday wishes for Hughes on Sunday morning, after penning a heartfelt column for News Corp newspapers in tribute to the deceased batsman.

Look back on a selection of tweets as social media wished Hughes a happy birthday.

Happy Birthday, Phillip Hughes, wherever you are…

Happy Birthday Phil Hughes. My front door is hardly picturesque, but worth an upload for #batsoutforphil #63notout pic.twitter.com/Yz3uFriBAx

Today in Australia a young lad scored 37 for his club then walked off and said he was finishing Phil Hughes’ innings!

Happy 26th birthday Phillip, from all of us