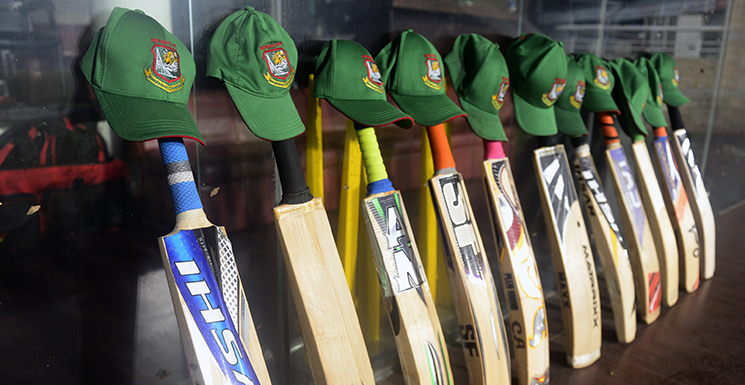 Phillip Hughes’s family is believed to want the first Test against India to go ahead.

The final decision on whether the match, scheduled to start on Thursday, will proceed is going to be up to the Australian players.

But Hughes’ family will influence the players’ discussion regarding the first Test, as will the timing of the funeral.

“I’ve heard the Hughes family are keen for that (Test) to go ahead, obviously that’s going to be a question for the players,” South Australian Cricket Association chief Keith Bradshaw said.

“We must be mindful of the players and respect the players’ feelings at this time as they try to deal with this tragic loss.”

The Nine Network reported on Friday night the Hughes family has suggested the first session of the Test at the Gabba be abandoned and Hughes’s bat and helmet be placed on the pitch.

According to the report, the match would then start after lunch.

Hughes died on Thursday afternoon after being felled by a bouncer from Sean Abbott during a Sheffield Shield match at the SCG on Tuesday.

The Gabba is taking direction from CA regarding the first Test, while the ground and Queensland Cricketers’ Club have both setup tribute areas for Hughes.

The Australian team is stricken with grief and the merits of playing, delaying or abandoning the start of a four-Test series against India are yet to be considered.

“We haven’t broached the subject with the players yet – we will in time,” Cricket Australia chief executive James Sutherland said.

“It’s really important to give people time and people will respond in different ways to what they’re going through.”

Sutherland’s colleague Pat Howard added CA must wait until players “are in a position where they can make strong choices”.

‘Phillip would want that next ball bowled’