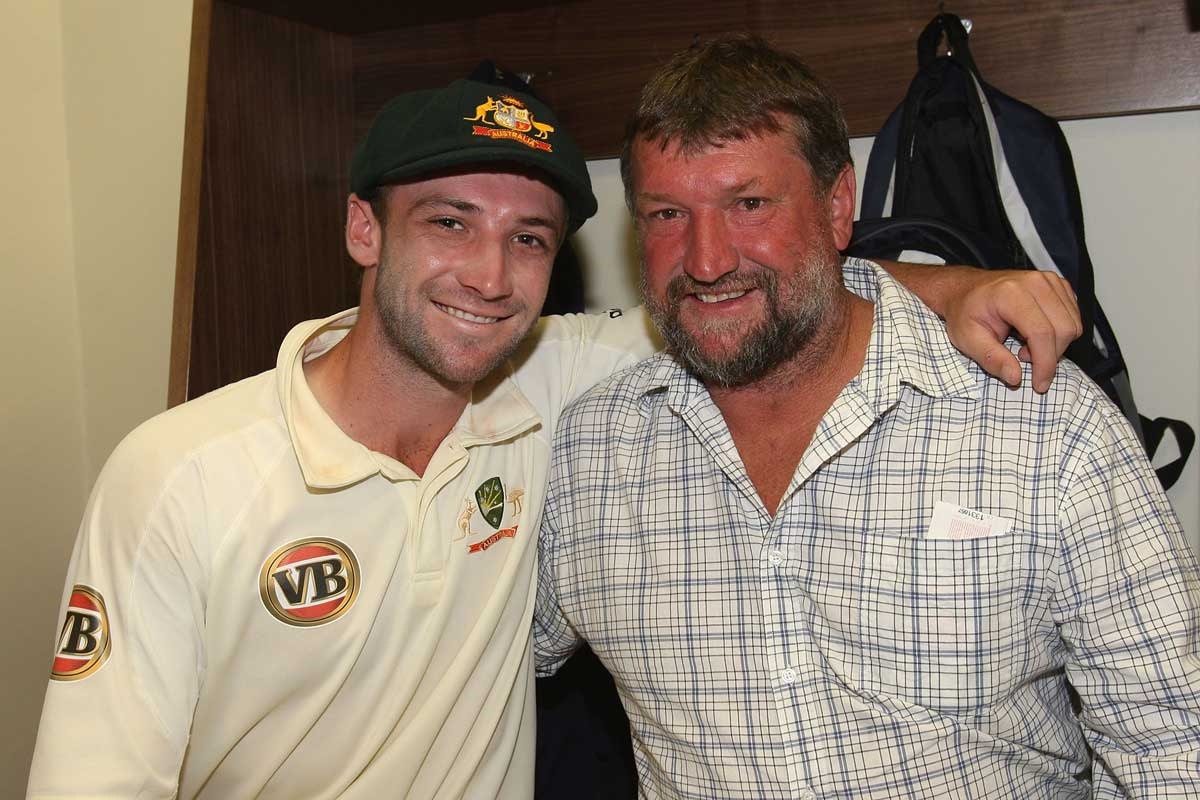 The 25-year-old was battling to win his spot back in the Test side and doing it pretty well when a bouncer struck him on one of the most vulnerable parts of the body.

The SCG was the arena where Hughes played his last innings and it could possibly have been the scene for many of his finest moments to come.

But while those moments would have brought him the admiration, adoration and respect of a cricket-mad country, they’re not the ones his family will mourn for the most.

What about the years after his career had finished?

What about off the oval, time spent with friends and family?

Any cricketer will tell you, from the lowest level to the top, that some of the most memorable moments in the game come in hours upon hours you spend joking, talking and laughing when you’re waiting for your turn to play.

The constant stream of teammates, family and friends to the Macksville-born Hughes’ bedside is testament to the esteem he was held in.

We could bet that none of them were hoping to see him square cut a ball again – just a chat would have been enough.

The Australian journalist Peter Lalor tweeted that Hughes’ final hours were spent with family and teammates with an atmosphere more akin to a dressing room than a hospital room.

We saw the depth of feeling for Hughes in the urgent sprint off the field by childhood friend David Warner to get his former Australian opening partner help.

We saw it when Cricket Australia board member and broadcaster Alan Jones broke down in tears on his 2GB radio show after visiting his friend in hospital.

Even his style of play was endearing, his unconventional flourish of the bat to anything wide of the off stump you frustratingly had to love.

Hughesy’s cricket friends have sat with him, held his hand & talked like it’s a change & not a hospital room. He left surrounded by love.

All of those showing support were likely grieving the fact no more jokes would be shared, no more laughs would be had.

Hughes had been dropped from the Test side four times in his career and with Michael Clarke in doubt for the series opener with India he was set for a recall.

The Australian cricket team and community have lost a player capable of anchoring the top order for years to come.

If that went to plan Hughes would have had five, six or maybe eight years at best in the team.

But it’s the years that followed his family and friends will be mourning.

Why we’ve lost much more than a cricketer