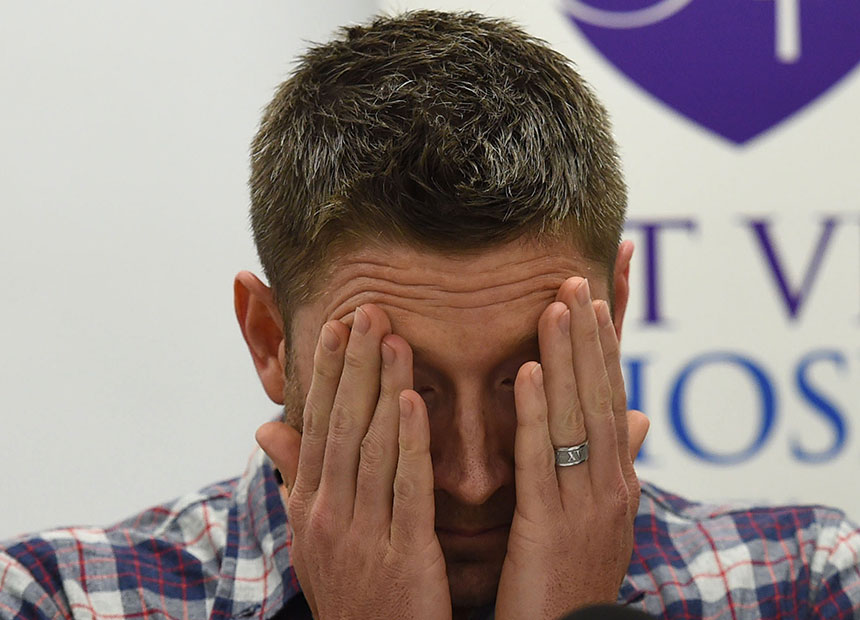 Michael Clarke has performed some amazing feats as Australian captain, but in many respects this was his finest hour.

Clarke was true to the maxim, often articulated by Ian Chappell, that much of the best work of the Australian captain – sometimes said to be the second highest position in the land – is done off the field.

Only days ago, Clarke was at the centre of a storm over the management of his hamstring injury, with senior members of Cricket Australia said to be furious about his attempts to bypass the program set out for him and run his own race.

• Rodney Hogg: Like I’ve lost a brother
• How boy from Macksville made the big time
• Phillip Hughes: how a brave cricketer died
• In pictures: Phillip Hughes, a life cut short

How ancient and petty all that seemed on Thursday when Clarke fronted the media to read a statement on behalf of the stricken Hughes family – father Greg, mother Virginia and siblings Megan and Jason.

Clarke had been an almost constant figure by the bedside of Hughes.

At first glance, they are contrasting characters: Clarke a slick and stylish city boy; Hughes a homespun, knockabout country lad.

Yet, through cricket, they had become close mates. Clarke helped guide Hughes, eight year his junior, into the NSW and Test teams over the years.

A devastated Clarke appeared in a basic check shirt, almost Hughes-like, with not an advertising logo in sight, to speak on behalf of the banana-growing family from Macksville in New South Wales.

Clarke was singled out for praise by Australian team doctor Peter Brukner for being a rock of support for the family.

Dr Brukner then fought back tears as he credited the captain for providing strength and loving support desperately required in a time of need and sadness.

“Phillip has always been a little brother to Michael,” Dr Brukner said.

“Michael’s efforts over the last 48 hours to support the family; the family was obviously going through a difficult time but I’m not sure they would have coped without Michael’s assistance.

“I was just enormously impressed at the work he did and the genuine care and love he gave to the Hughes family.”

Clarke also spent time with distraught paceman Sean Abbott, coming to grips with his role in the freakish cricketing accident, at the hospital on Wednesday.

Shattered after bowling the bouncer that struck Hughes in the side of the neck, fracturing his skull, Abbott was consoled by both the skipper and then Megan Hughes.

It certainly put the national hamstring into perspective.