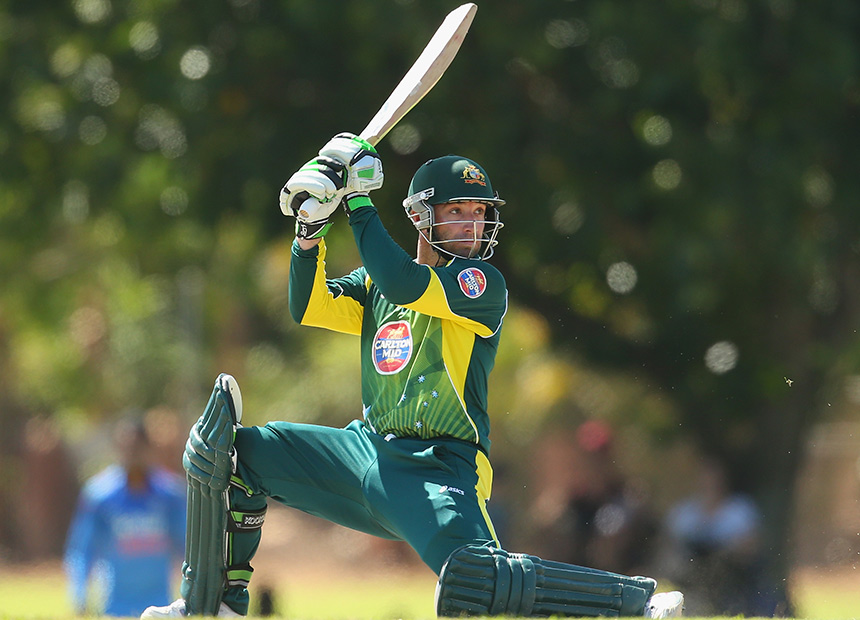 Great things were predicted virtually from the moment Phillip Hughes made his first-class debut for NSW at the tender age of 18.

After becoming the youngest batsman ever to make two centuries in the same Test – achieving the feat away to South Africa as a 20-year-old in 2009 – some respected judges drew similarities between Hughes and Bradman.

The pair hailed from the bush – Hughes from Macksville on the NSW north coast, Bradman from Bowral. Both were short men who boasted unusual techniques and an insatiable appetite for runs. But despite Hughes’ rare talent, those numbers were never going to be sustainable over the long term for anyone whose surname wasn’t Bradman.

Hughes’ on-field struggles saw him in and out of the Test squad over the subsequent five years, as his average dropped to 32.66.

At one stage he was dropped after being dismissed four times in as many innings in near identical fashion by New Zealand paceman Chris Martin.

His strength, playing so daringly outside off-stump, also became his weakness; opposing Test teams stacking fielders behind the wicket and giving him little width until he almost invariably slashed at one ball too many.

The most recent of his 26 Tests was against England in mid-2013.

But even as the faith of the Australian selectors seemingly dimmed, Hughes never lost belief he could reproduce the form that saw him put South African greats Dale Steyn, Mahkaya Ntini and Morne Morkel to the sword in 2009.

He never complained when the selectors’ axe fell.

He just went back to first-class cricket and kept making runs – plenty of them as evidenced by a tally of 8960 at an average of 46.19 with 26 hundreds and 45 half-centuries.

A move from NSW to South Australia seemed to be paying dividends, with a fine start to the current season having him on the verge of another Test recall heading into the ill-fated Shield clash at the SCG.

That impression only strengthened as he batted with confidence against a strong Blues attack before being struck a fearful blow by Abbott.

Hughes turned his head slightly as the ball rose, footage suggesting he was hit in the lower part of the back of his head.

Players and medical staff came to his aid as he fell face first to the pitch.

It was later revealed that Hughes was not wearing the most up-to-date version of the Masuri batting helmet although it may well not have made any difference.

Cricket at the highest level is indisputably a much safer game than in the pre-helmets era when bowlers were also often aided by uncovered pitches.

But the threat of serious injury – or much worse – posed by express bowlers to even the best of batsmen is still never far from the surface.

Even so, fatalities on the cricket field at the elite level are very rare.

In 1998, Indian Raman Lamba died when he was struck on the head by the ball while fielding at short leg without a helmet.

Pakistani wicketkeeper Abdul Aziz died while batting after being hit over the heart in the 1958-59 Quaid-e-Azam Trophy final, while Lancashire’s Ian Folley passed away in 1993 after being struck in the head while playing for Whitehaven.

At first sight it looked every bit as bad as the blow that struck Hughes, Rohrer staggering and dropping to the side of the pitch.

He was taken from the field on a stretcher, sent to hospital for scans and left with a nasty welt under his ear – but Rohrer was cleared of any serious damage and was available to play again.

Tragically Hughes won’t get the chance to do the same.

Hughes was precocious, but best was still to come