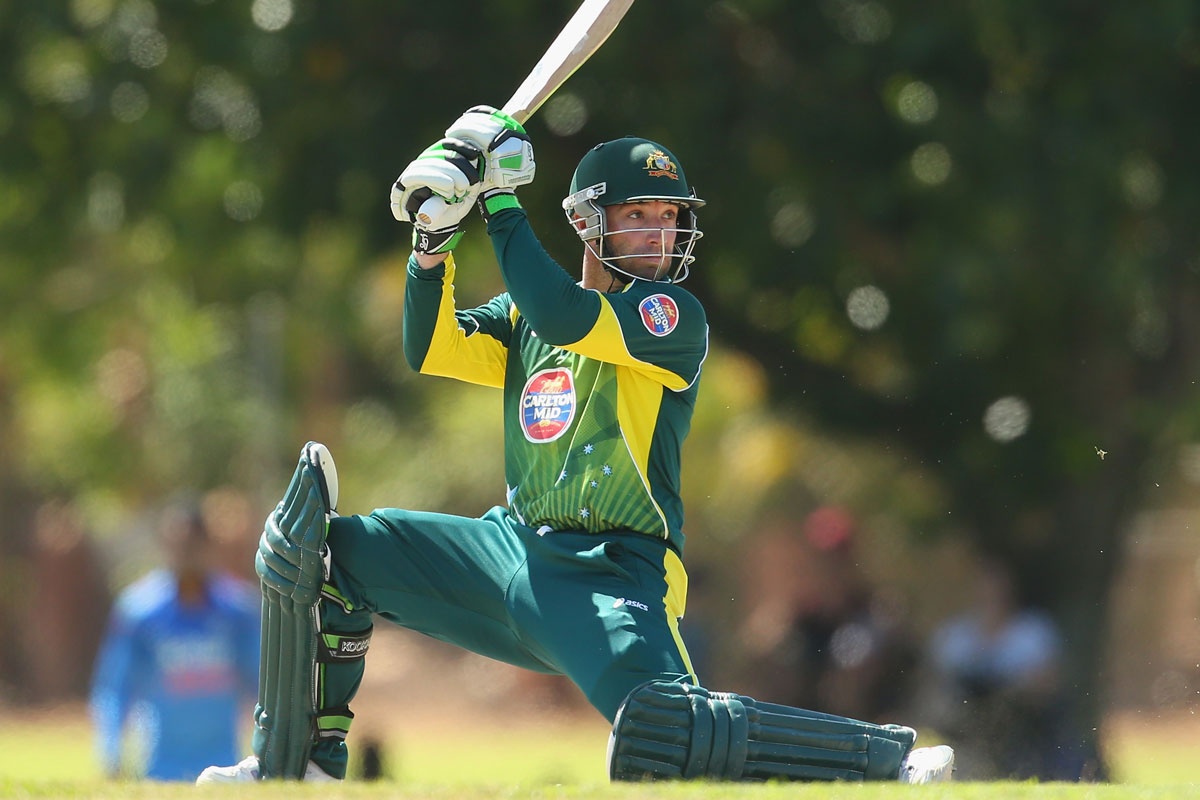 Phillip Hughes has died from injuries suffered when he was hit in the neck by a ball on Tuesday at the SCG.

“It is my sad duty to inform you that a short time ago Phillip Hughes passed away,” Australian Team Doctor Peter Brukner said in a statement.

“He never regained consciousness following his injury on Tuesday.

“He was not in pain before he passed and was surrounded by his family and close friends.

“As a cricket community we mourn his loss and extend our deepest sympathies to Phillip’s family and friends at this incredibly sad time.

“Cricket Australia kindly asks that the privacy of the Hughes family, players and staff be respected.”

Hughes was in a critical condition in an induced coma at Sydney’s St Vincent’s Hospital after being struck by a ball during South Australia’s Sheffield Shield match with NSW at the SCG on Tuesday.

The 25-year-old underwent surgery to relieve pressure on his brain, but he never regained consciousness.

Hughes’ mother, father and sister had been at his bedside since the accident.

First Test squad members Brad Haddin, David Warner, Shane Watson and Nathan Lyon were all in the field for NSW when Hughes slumped to the ground at the SCG after being struck by a bouncer from NSW bowler Sean Abbott.

Australian Captain Michael Clarke and vice-captain Haddin had been among the many Test players to regularly visit Hughes at St Vincent’s following Tuesday’s freak accident.

Photos emerged of Hughes’ fellow cricketers outside the hospital absolutely devastated following news of his death, including Abbott and his NSW teammate David Warner.

Before this week’s tragic incident, Hughes, the son of a banana farmer from Macksville in northern New South Wales, was widely tipped to replace the injured Australian skipper in next week’s First Test.

It would have marked a triumphant return to the Test arena for a player whose on-again, off-again career had produced 26 Tests, 1,535 runs, including three centuries, and an average of 32.65.

Along the way he had become the youngest batsman to score a century in each innings of a Test, which he did in South Africa in 2009 when he was aged just 20.

Hughes hadn’t represented his country at Test level since July, 2013, yet his good friend Clarke had confidently predicted just months ago that he’d one day join the 100-Test club.

Hughes looked well on the way to again wearing the baggy green after a career-best first class score of 243 in August and a solid start to the Sheffield Shield season.

He was 63 not out on Tuesday, playing for his adopted South Australia against his native NSW, when he was felled by the bouncer that ended his innings and, ultimately, his life.

“His death is a very sad day for cricket and a heartbreaking day for his family,” Mr Abbott said in a statement on Thursday.

Mr Abbott said the incident had touched millions of Australians.

“For a young life to be cut short playing our national game seems a shocking aberration.

“He was loved, admired and respected by his teammates and by legions of cricket fans.”

Opposition Leader Bill Shorten said Hughes brought so much more to the dressing room than a piercing cut shot and prodigious talent.

“He was a much-loved teammate, a country boy made good whose fighting qualities were admired in equal measure by friend and rival,” he said.

Sydney broadcaster Alan Jones earlier today had confirmed Hughes condition was “more serious than anyone imagined”, as the Australian and international cricket world looked on in shock.

“What happened is that the blow from the cricket ball damaged … a major artery in the back of his head and that caused bleeding over the skull and prevented blood from going to the brain,” Jones said.

“Today is a critical day. I repeat, this is much more serious than anyone imagined. Medical technology is currently breathing for him. The brain is very sick and we pray for miracles.”

Former Australian Test captain Allan Border said that while next week’s scheduled First Test against India should go ahead, individuals should have the right to withdraw from the game if they wished.

“There will be guys, particularly the guys that were out on the field at the time (of the Hughes incident) that are named in the Test squad, they mightn’t be feeling like playing cricket at the moment,” Border told Fox Sports.

“You’d understand if they wanted to pull out. But I think the game should go ahead.”

We are extremely sad to announce that Phillip Hughes has passed away at the age of 25 pic.twitter.com/RjIWcqlT2v — cricket.com.au (@CricketAus) November 27, 2014

No no no no no. RIP Phillip Hughes

Such terrible news with the passing of Phil Hughes. Our deepest sympathies to his family.

RIP you little champ, we are all going to miss you ! Love, prayers to all the Hughes family xxxx

A very sad day for the world of cricket. So sorry for Phillip Hughes and his family . Spare a thought for Sean Abbott.

The MCG flags are at half mast following news of Phil Hughes’ tragic passing. An unspeakable tragedy. pic.twitter.com/9ngPy9wJE9

Today we have lost our mate Hughesy. Our deepest condolences to all his family and friends. He will be with us always. — West End Redbacks (@WestEndRedbacks) November 27, 2014

A remarkable talent gone too soon. From all at SACA – our thoughts are with the Hughes family and Phillip’s friends.