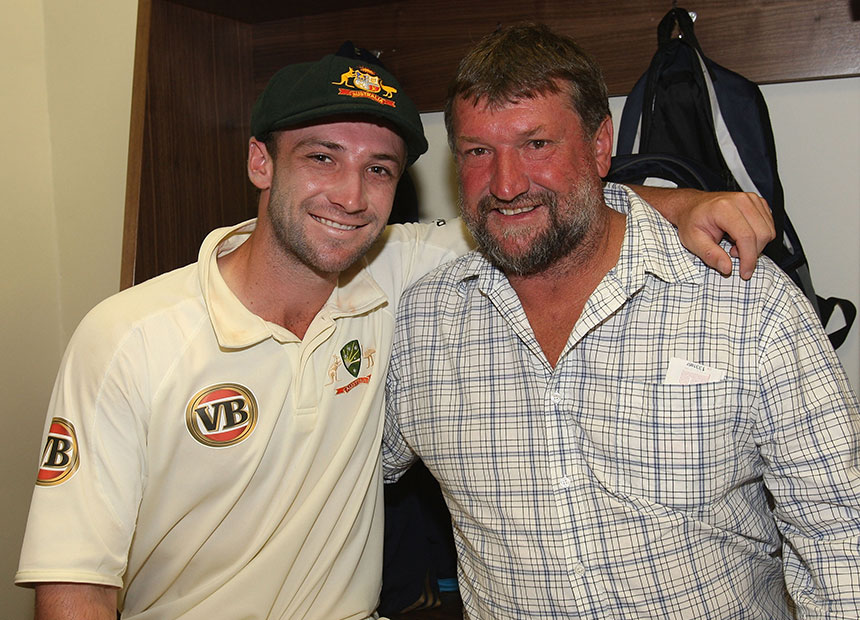 Greg Matthews has always talked about the brotherhood of the baggy green.

I never really understood, respected or paid attention to it. Until now.

I only met him a couple of times, and didn’t really know him, but it feels like I have lost a brother.

You can sense the love for him. He was not just someone who was making up the numbers.

They say that the show must go on, but it can’t go on next Thursday.

They won’t find 11 men to pull on a baggy green for the first Test at the Gabba.

Those teammates and officials who were with David Hookes on the tragic night he died 11 years ago are still affected by it.

How can you expect David Warner, who was one of those trying to save Hughes’ life out in the middle of the SCG, to go to his funeral next week and then open the batting for Australia on Friday? Or Brad Haddin, Shane Watson, Nathan Lyon and Mitchell Starc, who were all part of the same match.

There’s talk of compassionate leave, but this is not just any workplace.

The scars are too raw. There is too much heartache.

They say cricketers are entertainers and professionals, but they are much more than that.

They are a brotherhood playing a sport in which danger lurks just beneath the surface, as we have been reminded so tragically this week.

As I wrote earlier this week, Hughes was a gem of Australian cricket.

A man who fought back from countless setbacks without whingeing once. He just knuckled down and made more runs.

Twenty-six first-class centuries before his 26th birthday says it all.

For him, the show won’t go on but, eventually, the game will. But it will be different.

From now on fast bowlers will have a weight on their shoulders when they charge in. It’s not something they’ve had to deal with before.

But if they get a snick through the slips, they’re going to want to bowl short. I don’t think that’s going to change.

Rodney Hogg: I feel like I’ve lost a brother