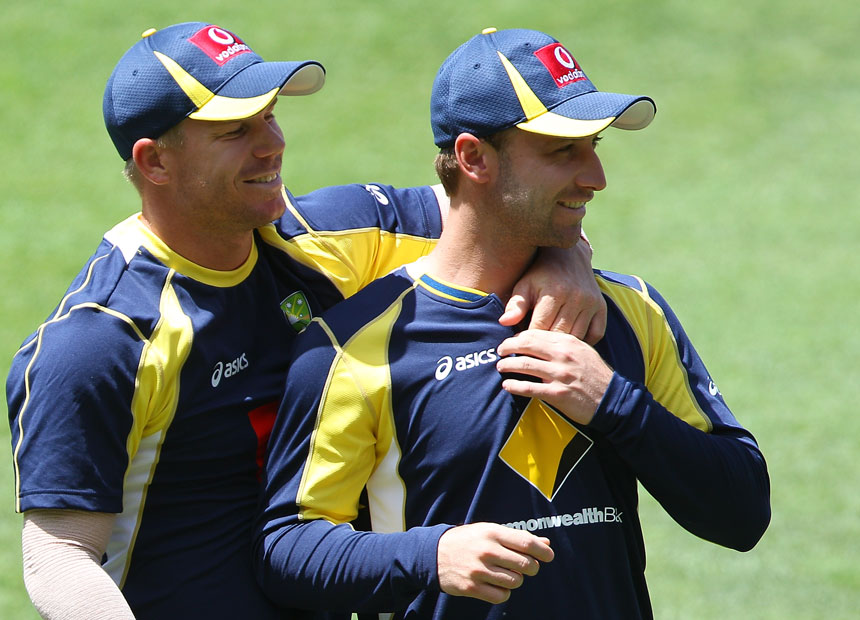 Phillip Hughes was born on a banana plantation in the northern New South Wales town of Macksville on November 30, 1988.

Like so many Test stars before him, his days in that childhood backyard shaped the player he ultimately became.

Hughes whiled away days practising on a pitch where hitting the ball into an on-side vegetable patch saw a batsman quickly dismissed.

Add to that the bonuses for hitting targets at cover and point and a picture starts to form of a young, ungainly Hughes backing away and hammering his family members through the off-side.

When he was just 12 years old, it was decided Hughes was ready to play against adults and he graduated from the local junior ranks to A grade.

At 17, he moved to Sydney to play for Western Suburbs in the elite Sydney grade cricket competition and those in the know perked up.

“I’ll tell you this,” famed batting coach Neil d’Costa said of his latest charge, “this kid will go all the way.”

Hughes became one of cricket’s strongest off-side strokemakers, but his struggles playing shots off his body and propensity to get caught behind point quickly became a regular focus for opposition bowlers.

Those issues, contrasted with spectacular form in first-class cricket, led to him becoming one of the most sporadic members of the Australian Test team – something that seemed impossible considering the praise heaped on him during the early years.

Hughes was one of the most exciting prospects Australian cricket had seen for years when he burst on to the Shield scene as an 18-year-old with a half-century in his first-class debut for New South Wales in November 2007.

At the end of the season, he became the youngest man to score a century in a Sheffield Shield final, belting 116 in the second innings to help the Blues beat Victoria.

“That was a massive deal,” Hughes said of his breakout innings.

“I think I’d played six first-class games going into that game. I had six fifties under my belt with no century.

“The press were saying ‘can he do it?’ or whatnot, and to get the big one on that stage was very exciting.”

‘The next Bradman’ aces his biggest test

Less than a year later, a 20-year-old Hughes stepped into some huge shoes when he replaced legendary Test opener Matthew Hayden on Australia’s tour of South Africa in February 2009.

After a number of high-profile retirements, Australia had not quite come to grips with the fact that the golden age was over and Hughes was earmarked to lead the next generation of stars.

“It’s probably one of the most exciting things I’ve had to do since I’ve been a selector, picking a 20-year-old player who’s scoring that volume of runs under pressure,” then-chairman of selectors Andrew Hilditch said.

“We probably haven’t done that since Ricky Ponting, so it’s pretty exciting.”

“You probably don’t want to draw comparisons but maybe similar to Justin Langer when he started his career,” he added.

“He just seems to have a really good head about his shoulders.”

The softly spoken southpaw’s prodigious skill was clear from the outset and he looked more than capable of carrying the burden of being Australian cricket’s ‘next big thing’ as he picked up 350 runs in his first four innings.

That included scores of 115 and 160 (his highest Test score) in his second Test in Durban, making him the youngest Australian to score a Test century and the youngest cricketer in history to reach three figures twice in one Test.

It looked like he would be a regular fixture in the side after averaging almost 70 during the three-Test tour, but if there really is no greater burden than great potential, then Hughes was lugging plenty of baggage on young shoulders.

He quickly became just as well known for his bizarre technique and inability to play certain deliveries.

Hughes was found out by England’s bowlers during the mid-2009 Ashes series and was dropped following the second Test, just months after his sparkling debut tour.

He returned in January 2010 for one Test against Pakistan in Sydney, missed the next encounter in Hobart, and was back for the opener against New Zealand two months later. Despite an unbeaten second-innings 86, he was dropped for the second and third Tests.

Missed series against Pakistan and India followed before Hughes, sporting a re-modelled technique, was recalled for the third Ashes Test in December, kicking off a run of 10 consecutive Test nods.

It looked like he had finally nailed down a spot, but after only scoring one ton and one half-century during that stretch, the sword again fell for Hughes after Australia’s disappointing 1-1 series draw against New Zealand at the end of 2011.

He sat out most of the next year before lining up against Sri Lanka and India during the 2012/13 season, after once more tweaking his style at the crease.

He scored a strong 81 in the 2013 Ashes opener in England but was dumped yet again after the second game, ultimately ending his Test tenure.

Throughout the seemingly perpetual roller-coaster ride that was his all-too-brief Test career, Hughes never appeared angry or disillusioned by his omissions – he simply got back in the nets, knuckled down and restarted his push for a spot.

“I know where I stand, I’m just happy to be in the squad,” Hughes said before Australia’s Test tour of South Africa early this year.

“I’m not sure what they’ll do. All you can do is just be ready.”

And it appeared he was more than ready to start his Test career again before it was abruptly ended by a horrific accident.

How boy from Macksville made cricket’s big time