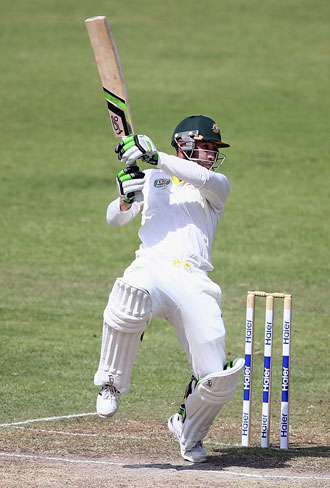 Cricketer Phil Hughes was not wearing an up-to-date helmet model when he was hit in the head by a cricket ball on Tuesday, leaving him in critical condition.

According to a Fairfax report, Hughes was wearing an earlier model of a Matsuri helmet which does not cover the back of a cricketer’s head.

The 25-year-old batsman was stuck behind his left ear by a bouncer, before collapsing and being taken to St Vincent’s Hospital.

Last August, Masuri launched a newer model of the helmet which covers the back of player’s heads, but Hughes was not wearing it while batting in the Sheffield Shield match.

Helmet manufacturer Matsuri have refused to say if the newer helmet model would have protected Hughes from injury.

The ball was reportedly travelling at 80 kilometres an hour when it connected with his head.