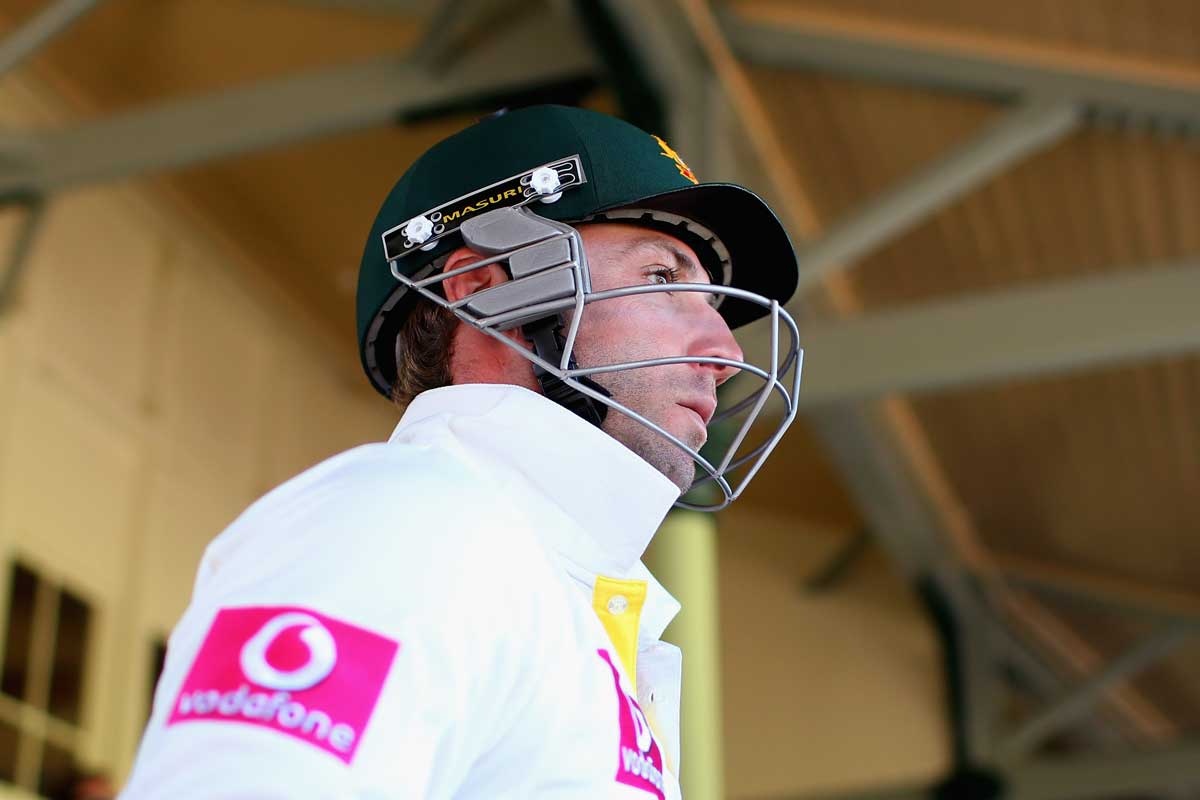 Phillip Hughes’ injury has given the entire cricket world pause for thought about the dangers involved in hurling a rock-hard ball into the ground so it flies toward a man’s head.

The bouncer is possibly the ultimate test of a batsman’s mettle – a delivery designed to intimidate, to hurt, but also offering the opportunity to play brilliant attacking strokes.

And so far, to a man, no one involved in the game of cricket has gone on the record with a call to outlaw the bouncer.

Short-pitched bowling has broken noses and jaws, dislodged teeth, fractured skulls and drawn buckets of blood over the years.

They have concussed and very rarely resulted in a need for CPR.

But the cricket world has never shuddered in unison quite like this since the use of helmets became widespread.

West Indian Phil Simmons required emergency brain surgery in 1988, and Indian Nari Contractor was struck on the back of his skull by the West Indies’ Charlie Griffith in 1962.

The nearest neurosurgeon was in Trinidad, so the on-duty doctor performed surgery to reduce the clot on Contractor’s brain.

A metal plate was inserted, more emergency surgery was required and he remained unconscious for six days.

It ended Contractor’s international career, but remarkably he returned to first-class ranks.

Hughes’ future is unclear. He remains in St Vincent’s Hospital, where he was rushed after being struck on the head by a bouncer from New South Welshman Sean Abbott, in a critical condition.

His troubles are a stark, but incredibly rare, reminder that cricket may well be a gentleman’s game, but it can be very dangerous.

“I never felt that anything drastic, like what happened to Phillip yesterday, could happen to me,” Michael Vaughan wrote in his Telegraph column.

A ball hurled at 140-150 km/h can cause devastating damage if it hits someone in the wrong spot, as was the case with Hughes on Tuesday.

Helmets were largely adopted throughout Australia after David Hookes’ jaw was broken in 1978.

World Series Cricket chief Kerry Packer famously rushed Hookes to St Vincent’s by driving on the wrong side of the road and through red lights.

Hughes remains in a critical condition at the same facility, and the incident has already provoked a similar debate about safety standards.

Can helmets be improved? Will bouncers be outlawed? What can be done to prevent this happening again?

Inferior models of protective gear have been used by countless cricketers over the years, successfully absorbing many blows.

The issue is more where batsmen are hit, and so few have been struck on the lower back of the skull.

Short-pitched bowling has been reviewed by the ICC and may be again, but the governing body is unlikely to remove an integral part of the sport.

New Zealander Ewen Chatfield, who nearly died after being struck in the temple by a bouncer and swallowing his tongue in a 1975 Test against England, told The New Daily “it would eliminate a quick bowler’s armoury if you take it away”.

“The number of people who do get hit in the head and injured are relatively few, considering how much cricket is played around the world.”

Former Test quick Rodney Hogg said: “Sean was only doing what all fast bowlers have been doing for more than a century – he will be devastated.”

Brian Lara and Matthew Hayden were among the batsmen to publicly say the bouncer shouldn’t be banned after Hughes was hit.

Many have referred to Hughes’ misfortune as an accident – and that’s exactly what it is.

Shane Warne was among them.

“It’s one of those terrible freak accidents,” he said.

“You know when you go out there you could get hit in the head.

“(And even) when you play in the backyard with little Johnny … it hurts.”

Beyond not playing the game, nothing can be done to guarantee there will be no repeat of the incident.

But equally, there is little to suggest anything similar will happen again for another 50 years.

Statistically, the number of cricket injuries is small when compared with that of Australian Rules football – the leading cause of sports-related hospital visits.

Around 900 people are hospitalised for cricket-related injuries each year, according to a study.

This number is small when compared to Australian Rules football.

“In our recent report cricket was very far from being the most prominent sport for injuries,” said Australian Institute of Health and Welfare spokesman professor James Harrison.

Harrison, who is the director of Flinders University’s Research Centre for Injury Studies, said the majority of cricket injuries were not serious.

“Most often they were broken bones,” he said.

Cricket came in at number 12 on the list of sports most likely to result in a trip to the hospital.

Of the 913 people admitted to hospital for cricket accidents, none of the injuries proved fatal.

Both Chatfield and Contractor, the men who’ve possibly come closest to death as a result of cricket, were phlegmatic about their injuries.

“Life has to go on. Every man has his setbacks. But one should look ahead, not back,” Contractor said.

“It happens now and again. You wouldn’t do anything in life if you were worried about accidents.”

“When he fights through like we know he can, he’ll wake up and probably want to do it all over again,” Hayden said on Triple M.

Hughes injury puts the bouncer in the spotlight