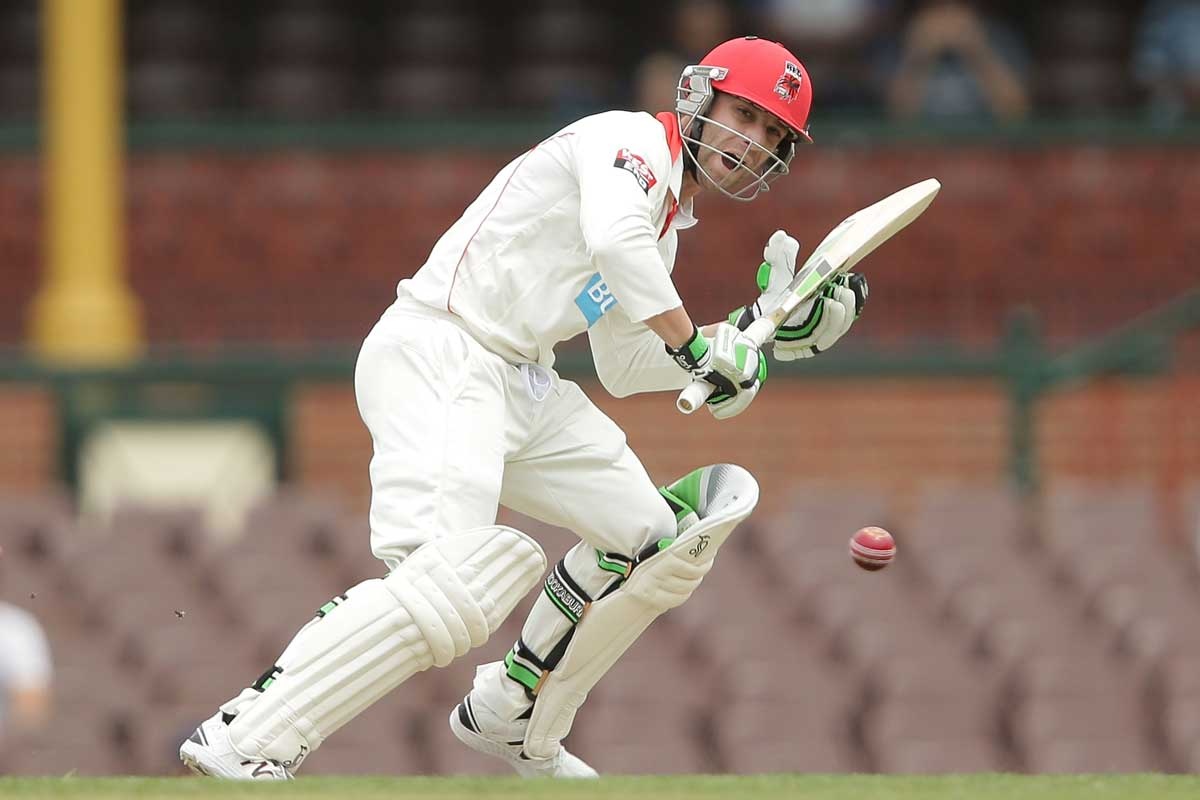 Australian cricket captain Michael Clarke has arrived again at the bedside of his stricken mate, Phillip Hughes, as the opening batsman enters his third day in intensive care.

Hughes has been in a critical condition in an induced coma at Sydney’s St Vincent’s Hospital after being struck by a ball during South Australia’s Sheffield Shield match with NSW at the SCG on Tuesday.

The 25-year-old has undergone surgery to relieve pressure on his brain, and doctors said they expected to know the outcome of the procedure by Thursday.

His family are at his bedside, waiting and watching for any improvement in his condition.

Clarke arrived at the Darlinghurst hospital just after 6am (AEDT) on Thursday.

He had only left the hospital just after midnight, following players such as Brett Lee, Shane Watson, Phil Jaques and Mitchell Starc.

Vice-captain Brad Haddin and Moises Henriques were among the stream of cricketers to visit Hughes in hospital on Wednesday, joining Hughes’ family at the former Test player’s bedside.

Hughes’ life-threatening injuries sent shock waves through the cricketing world, with messages of support pouring in from current and former Australian cricketers as well as players from around the world.

Meanwhile, NSW Health Minister Jillian Skinner will meet the head of NSW Ambulance Ray Creen on Thursday to discuss concerns about the time it took for an emergency team to get to the SCG to treat Hughes.

Sydney Cricket Ground officials called for an ambulance about six minutes after the batsman was felled by the bouncer at 2.23pm on Tuesday.

NSW Ambulance released a statement revealing that two ambulances had in fact been called.

“NSW Ambulance wishes to clarify that two calls for a paramedic response to the SCG were received yesterday,” commissioner Creen said.

“The first triple zero call was made by Sydney Cricket Ground officials at 2.29pm – not at 2.37pm as initially stated by NSW Ambulance this morning. The closest available ambulance at that time was dispatched and it arrived at the ground at 2.52pm.

“The first ambulance to reach the Sydney Cricket Ground yesterday was dispatched from Prince of Wales Hospital following a triple zero call from the NSW Cricket Association at 2.37pm. It arrived at 2.44pm and provided support to the team doctor who began treating the patient within seconds of the incident.

“A doctor provided treatment to the patient until paramedics arrived and assisted in stabilising him.

“The NSW Ambulance Helicopter, with a specialist doctor and paramedic on board, as well as another road ambulance were also tasked to respond while the first two ambulances were en-route.

“St Vincent’s was identified as the closest hospital. A road ambulance transport was determined by the medical team to be the fastest and safest route to hospital care.

“NSW Ambulance always tasks the closest available paramedic crew to all triple zero emergency calls regardless of the station at which their shift originates.”

Elsewhere, Cricket Australia on Wednesday called off the entire round of Sheffield Shield matches out of respect for Hughes.

NSW and South Australian players and staff have all been offered counselling and the Australian Cricketers’ Association (ACA) is working to extend that to other state players.

Particular concern is being held for Sean Abbott, the NSW paceman who delivered the ball which felled Hughes.

ACA CEO Alistair Nicholson said Abbott was being closely monitored amid concern for his mental state and playing future.

Nicholson said at this stage Friday’s tour match between a Cricket Australia XI and India and the next round of Sheffield Shield matches, scheduled to begin the following Friday, would go ahead.