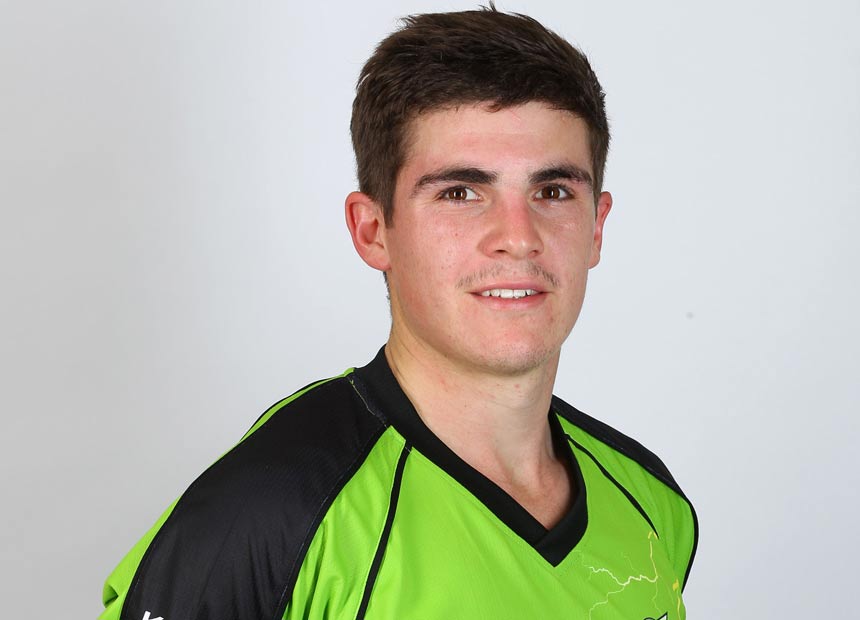 The cricket community has pledged its support for New South Wales all-rounder Sean Abbott, the young cricketer who delivered the ball that struck down Phil Hughes and left him in a critical condition.

The 22-year-old was left distraught after his bouncer felled Hughes who collapsed before being taken to St Vincent’s Hospital for emergency surgery.

Abbott was the first to Hughes’s side and cradled his head while concerned New South Wales and South Australian players called for help, according to a News Corp report.

The emerging talent has been offered counselling after Tuesday’s events, with senior Cricketers Association staff rushing to Sydney to counsel players.

Abbott made his one-day debut for NSW as a 18-year-old in 2010, and had his one-day international and Twenty20 debut for Australia barely a month ago.

The Australian cricket community has pledged its support for the young cricketer, with an outpouring of support for Abbott on social media.

Thoughts are with Sean Abbott as well.

Other members of the cricket community are also reeling from the tragic accident, with Queensland coach Stuart Law saying he wasn’t sure how it would affect upcoming matches.

“There are a few guys in there a bit shocked and visibly upset,” the ex-Test batsman said after the briefing.

“There are some very close mates in both dressing rooms.”

“They have every possible means of help around them – if they struggle, let’s hope they use that help.”