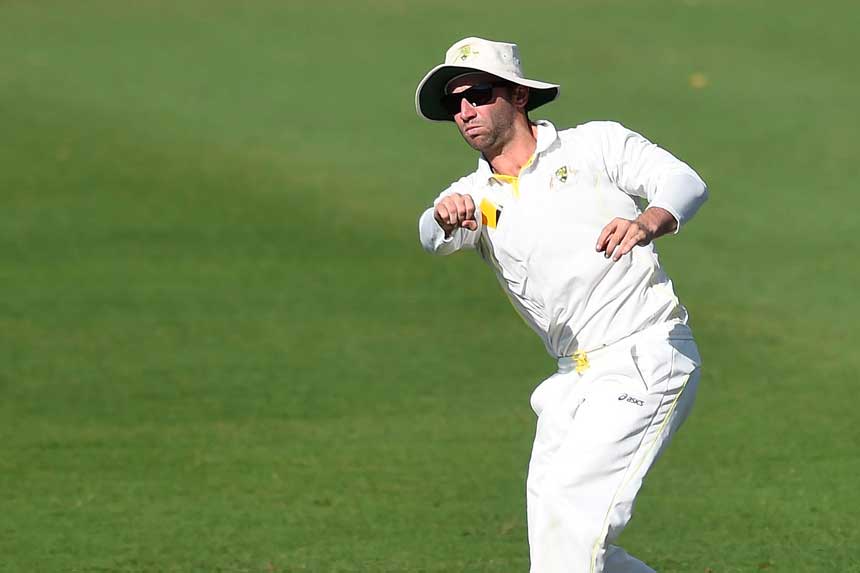 Australian Test captain Michael Clarke has maintained his vigil at a Sydney hospital for his former Australian teammate Phillip Hughes, who is fighting for his life after being hit in the head by a bouncer at the SCG.

Hughes is in an induced coma in intensive care at St Vincent’s Hospital after surgery on Tuesday night to relieve pressure on his brain.

He remains in a critical condition and the outcome of the surgery is not expected to be known until Wednesday or Thursday.

Clarke was one of the first people to arrive at the hospital on Tuesday and is comforting Hughes’ mother and sister, who were watching the game in the stands.

Clarke returned to the hospital about 7am on Wednesday, according to the ABC.

Tributes for Hughes have been flowing in from the cricket community around the world.

Shane Warne has led a flood of support from Australian cricketing greats for the stricken opener.

Hughes, 25, is fighting for his life after being struck by a bouncer from NSW all-rounder Sean Abbott during the second session of South Australia’s Sheffield Shield match at the SCG on Tuesday.

Warne, who is currently in London, said the critical injury had rocked the wider cricket family.

“It’s a tough situation for everyone,” Warne told Triple M.

“It’s one of those terrible freak accidents.”

The Redbacks batsman’s injury was not the result of poorly designed helmets, he said.

“You just think about how many lives the helmet has saved over the years – this is just one of those things,” he said.

It was easy to forget the dangers of competitive cricket given how effortless the skilful players made it look, Warne explained.

“But I promise you … You know when you go out there you could get hit in the head,” he said.

“(And even) when you play in the backyard with little Johnny … it hurts.”

“If you take that away from the game, it takes away that combative nature of cricket,” he said.

He said professional players had to resign themselves to the inherent dangers of sport.

“That’s why mum when she stands in the backyard is fretting every time,” he said.

“She knows that it’s something that’s going to be broken, she just hopes it’s not a little boy or a little girl.”

Adam Gilchrist and Glenn McGrath sent prayers and well wishes to both Hughes and Abbott on Twitter.

“Dear Lord, if (there was) ever the need for footprints in the sand, it’s now,” Gilchrist tweeted.

England captain Alastair Cook said he was in shock at the news.

Cook told the BBC the thoughts and prayers of the England team were with Hughes and his family.

Cricket Australia chief James Sutherland said he had received numerous messages of support, including from the New Zealand team which is touring the United Arab Emirates.

The 25-year-old former Test batsman was transported to hospital in a critical condition after being struck on the back of his head by a Sean Abbott delivery during the second session of South Australia’s Sheffield Shield match with NSW.

The Australian cricket team’s Dr Peter Brukner will give a condition update on Wednesday morning.

“Phillip is in the best possible medical hands. The Cricket Australia community and his teammates … are thinking of his family and friends at this point,” he told media on Tuesday night outside the hospital.