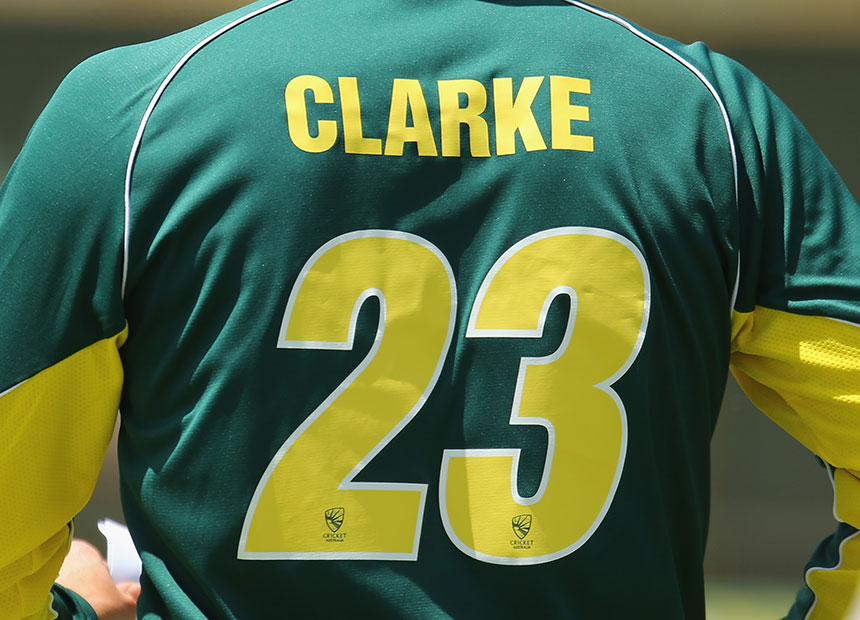 Australia’s selectors must bite the bullet and banish Michael Clarke from the one-day game before they do any more damage to Australian cricket.

That includes the World Cup.

Clarke is the only captain for Australia in the Test arena at the moment, but his future is being put at grave risk because the selectors refuse to make the hard call.

Forget Steve Smith. He is just learning the batting caper and it would be premature to name him skipper at this stage.

If Clarke is not fit for the Gabba when the First Test against India starts on December 4 – as seems increasingly likely – then Brad Haddin should step in.

And if he cannot lead us in the Test series against India, then we need him in England for the 2015 Ashes.

Clarke has had back and hamstring problems for years, and has broken down three times in six weeks.

Yet the selectors insist on picking him for random one-day matches, when there are obvious replacements.

George Bailey has shown himself to be a first-rate limited-overs captain. And Cameron White is the equal of any skipper in the country in that format.

The game is littered with greats who have refused to look in the mirror and make the hard call on themselves: Ponting, Hayden, Waugh, Boon, Healy.

That’s why they were great, because they had self-belief.

But at some point, if you don’t look in the mirror honestly, you need the selectors to show a clear head. That is what they are there for.

We should hardly be surprised.

Shane Watson, who hobbles about like a man nursing an injury, is still playing three forms of the game.

It is nothing short of ridiculous to have Clarke, 33, Watson, 33, and Bailey, 32, all running around in coloured clothes.

Where is our development for young batsmen?

The disgraceful treatment of Glenn Maxwell is symptomatic of the muddled thinking.

Nobody has put their hand up and taken responsibility for batting Maxwell at No.3 in the Test against Pakistan in Abu Dhabi.

Batting at No.3 in the Australian Test team is an honour. You have to earn the right.

Yet in Sunday’s one-day international, Maxwell, who has blossomed in that format, batted at No.8.

Hello? Can anyone explain that totally illogical state of affairs?

If anything, it should have been the other way around.

On a more positive note, we have landed someone bloody impressive in Mitchell Marsh. His emergence is another reason why we don’t need to play the likes of Watson in all three forms of the game. It is also a reminder that we need to treat him and his ilk carefully.

The three forms of the game will be cricket’s killing field if they are not managed carefully. Of course the public want the superstars to play, but the selectors have a higher duty. That means relieving Clarke of his one-day duties.

Do they have the guts to make the call?

Selectors should make the tough call on Clarke