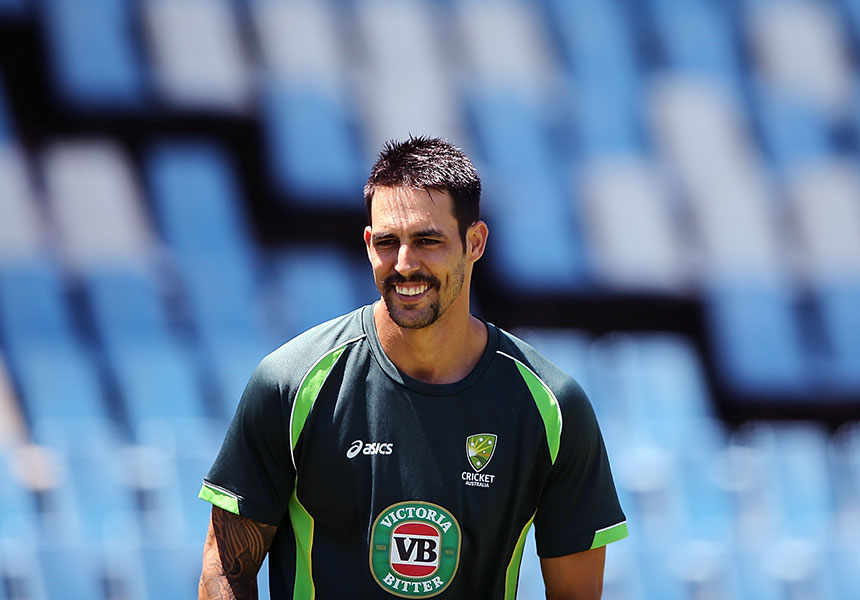 Resurgent Australian fast bowler Mitchell Johnson has another 1.15 million reasons to smile after being snapped up by Kings XI Punjab in this today’s Indian Premier League player auction.

Johnson, who will lead Australia’s pace attack in South Africa tonight (Australian time) following his man of the series performance in the 5-0 Ashes clean sweep, went for a whopping $1.15 million in the IPL player auction. It made him the highest-priced Aussie in the auction, ahead of opening batsman David Warner, who was knocked down to Sunrisers Hyderabad for $978,000.

While the Aussies will no doubt enjoy their windfall, their pay days pale in comparison with the cash forked for Indian stars Yuvraj Singh and Dinesh Karthik. It took $2.5 million for the Royal Challengers Bangalore to secure the services of the Indian all-rounder, while the Delhi Daredevils paid $2.2 million to add Indian wicketkeeper Karthik to their squad.

And while Kevin Pietersen still may be smarting from his England squad axing, he has received a parting gift of sorts from the Delhi Daredevils. Pietersen will pad up alongside Karthik after the Daredevils resigned the match-winning batsman for $1.6 million.