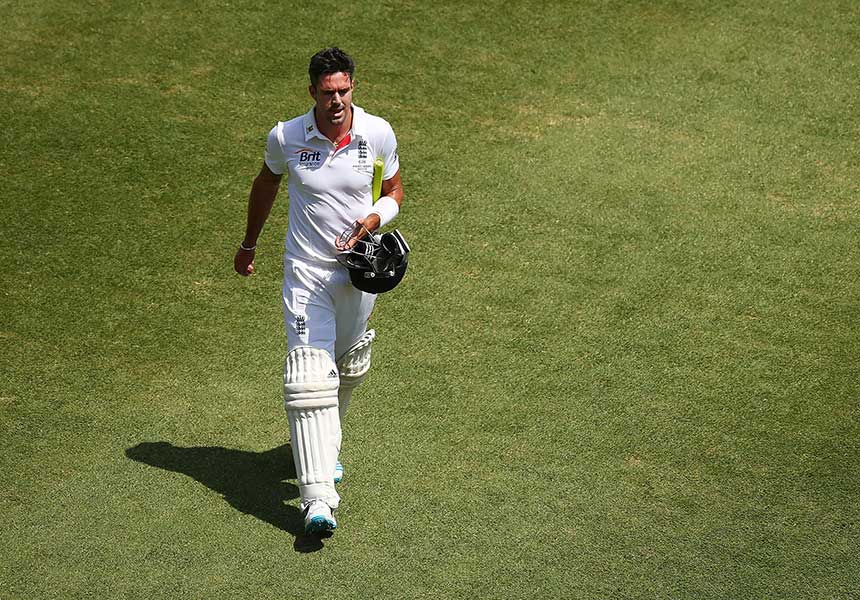 Kevin Pietersen will never play cricket for England again, at least not in the Test or one-day formats of the game.

My source says he’s burned his bridges with both the coach, Andy Flower, and captain Alastair Cook, making his position untenable.

The leash has come off the dog, and they’ve let him go.

He’s been named in a preliminary 30-man squad for the ICC World Twenty20, but Ashley Giles coaches that side, and Stuart Broad captains it.

My mail is that his blasé attitude after being dismissed has upset the men upstairs.

Everything he does is disruptive, he had trouble with former England coach Peter Moores, he’s had the controversy with his Tweets.

He’s one of the great players in world cricket, but the England team are just not settled with him in it – he’s more trouble than he’s worth and his card’s been marked. The coach and the captain have had enough.

Flower was forced to issue a statement denying he’d given KP an ultimatum, but Cook couldn’t really disguise his distaste for the subject when asked about it at a press conference last week.

How many opportunities have they given him to pull his head in? There’s only one person in world cricket that’s been able to work with Kevin Pietersen, and that was Shane Warne at Hampshire.

So, he’s gone – and this brings me to my other point.

Should Pietersen end up on the scrap heap, I reckon he should be free to find another country to play for.

Now we’ve got a bloke like Doug Bollinger who can’t get in the side. These blokes, it’s absolute bullshit that they can’t play Test cricket.

The weakness in Test cricket is the discrepancy between the powerful nations and the weaker ones, and the ICC need to look at measures to shore up poor sides like Zimbabwe and Bangladesh.

If a bloke hasn’t made Cricket Australia’s 20-man squad at the start of the year, why shouldn’t he be able to shop around?

If we want to encourage new countries into Test cricket, what better way than to allow players from an established nation to be a ‘marquee’ man for them, similar to what goes on in the A-League soccer.

It would serve two purposes – a bloke who is good enough and deserves to play Test cricket gets his chance, plus the development in prospective Test nations like Ireland or the Netherlands would be accelerated.

International cricket gets strengthened, and stars are not lost to the game.