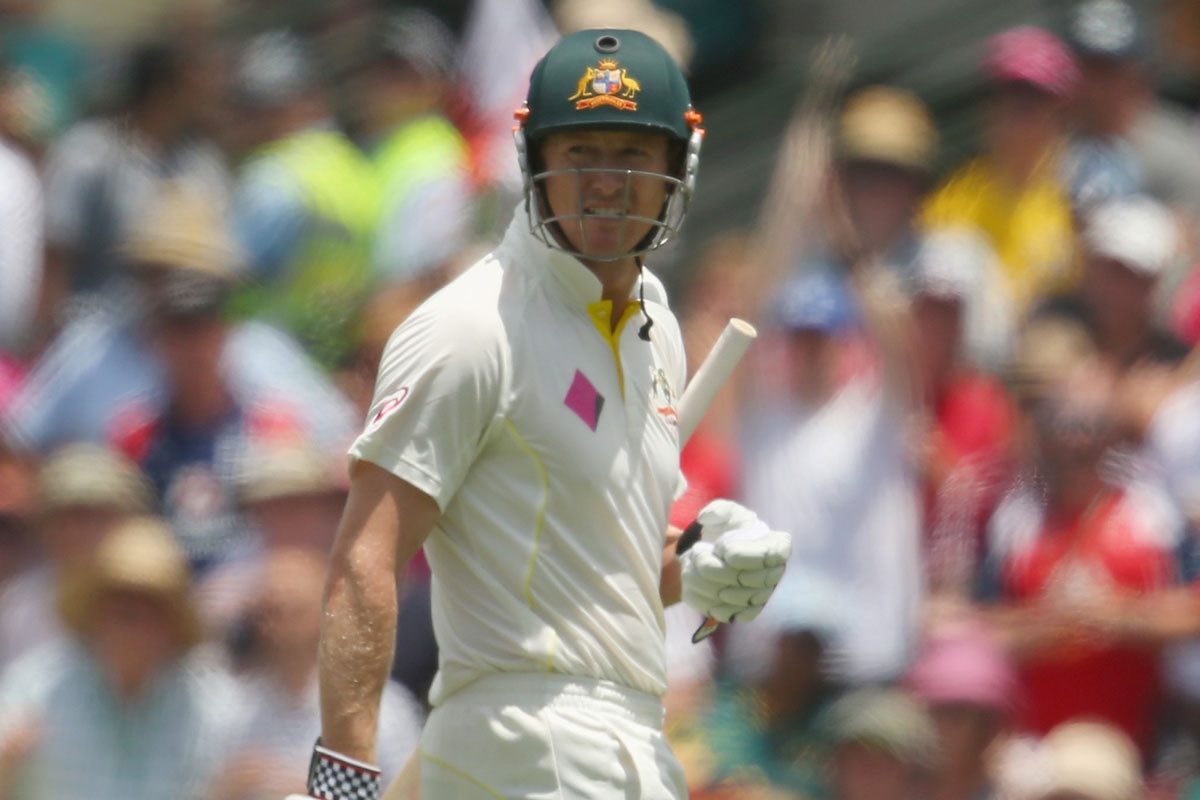 When the Australian squad is announced later this month for a three-Test tour of South Africa, it seems unlikely John Inverarity will read out George Bailey’s name. The golden boy of Australian cricket in October has failed his Test audition over the proceeding three months and seems likely to be consigned to the status of white-ball specialist.

Bailey’s selection was always wishful thinking. He was picked on limited-overs form, (largely based on Indian conditions) and character – not on the accumulation of mountains of first-class runs.

At Test level his technique has been found wanting. The strong leg-side preference that allows Bailey to bludgeon runs with the white ball is redundant against red-ball attacks bowling dry lines outside off stump. That same on-side preference is part of a technique that plays from the crease with minimal foot movement and looks ill at ease against the full outswinger. Unfortunately for Bailey, this is the stock delivery of Test pace attacks, especially those of Australia’s current and following opponents.

The Tasmanian has managed just 137 runs at 22.8 with a top score of 53 this series.  These are poor numbers for any Test number six, but suffer greatly in comparison to the rest of Australia’s top-seven – who have all notched centuries.

Of the victorious unchanged Ashes XI, only Peter Siddle averages less than Bailey with the bat.

Total balls faced is the one statistic that best illustrates Bailey’s troubles. He has been at the crease for only 237 deliveries this summer, under half the total of every other member of Australia’s top order. Against a moderate England attack, without a form spinner, this is a poor return from a middle-order batsman.

The leadership and character that edged Bailey ahead of heavier run-scorers for a Test spot has certainly been on display in the field, most noticeably under the lid at short leg. But in a side brimful of confidence, with Darren Lehmann establishing a much more positive dressing room culture, the added value Bailey’s presence brings is reduced.

The selectors have given a clear indication that Bailey’s Tasmanian teammate Alex Doolan is the next cab off the rank. Doolan was called up for the final Test, ostensibly as cover for Shane Watson, but has been retained for longer to allow captain and coach to take a closer look at his credentials.

Doolan’s inclusion would be more straightforward than Bailey’s, having performed to a high standard in Shield cricket for a couple of summers in a row, as well as stepping up for Australia A when called upon. But like the incumbent No. 6, he doesn’t boast figures that demand attention and he will again leave the selectors open to criticism should he fail.

The No. 6 spot has been a problem for Australia since the retirement of Mike Hussey, with no incoming batsman putting up his hand to secure the spot, and no natural all-rounder in the system to claim it either. James Faulkner remains a chance to become that all-rounder, but 12th man duties and a broken thumb have denied him the opportunity to press his claims as a Test top order batsman this summer.

There is a chance that if the selectors opt for a straight swap of Tasmanians that Shane Watson may drop down the order to a slot that feels more natural for an aggressive batting-all-rounder, rather than his current position of first drop. It would be a surprise if the selectors were not wary of Watson’s potential to fall LBW to South Africa’s accurate new ball attack, and may find more value from the enforcer lower in the order.

If dropped, Bailey will doubtless remain an important member of the 50 and 20 over international sides, with the potential to force his way back into the Test fold. For now, though, his short career in the baggy green looks destined to be over.