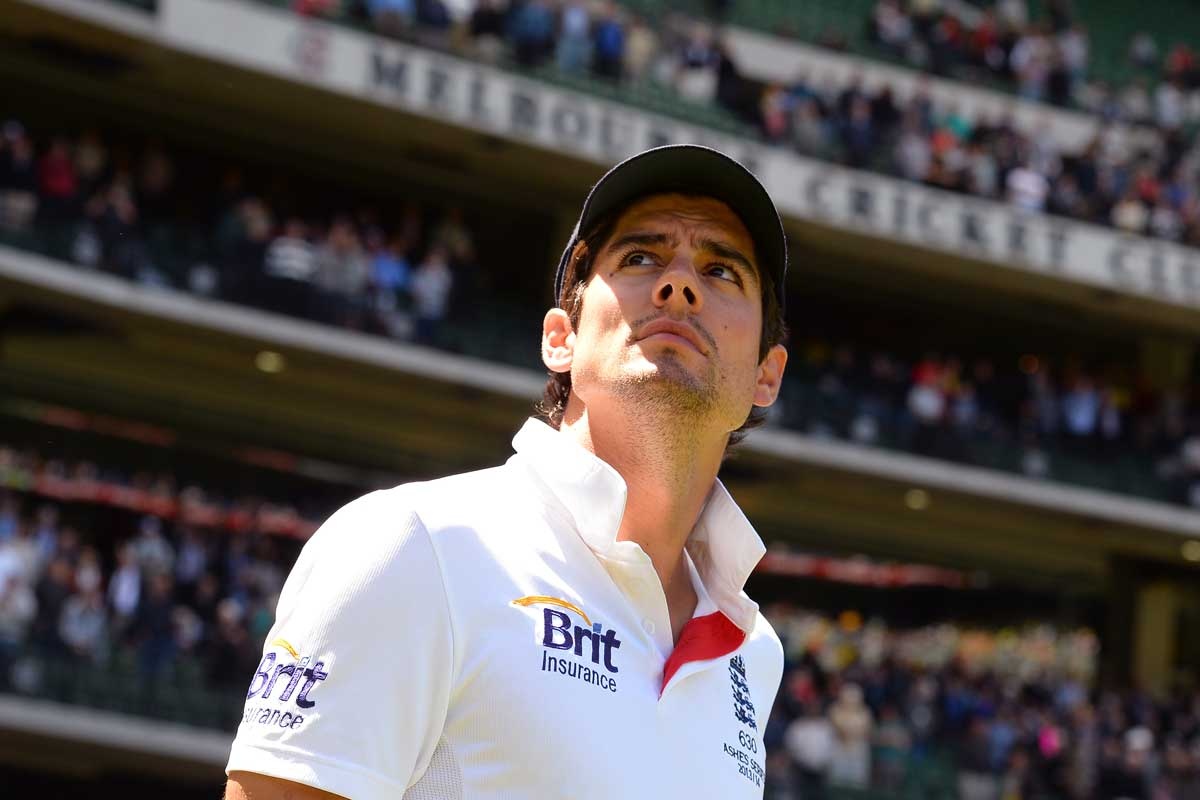 England needs a new spinner, a couple of new batsmen, a new wicketkeeper and another fast bowler. But more pressing, they need a new skipper and fast.

Alastair Cook looks bereft of ideas out there and he’s given them nothing as a leader.

He’s dropped a couple of catches, he can’t go on with it with the bat after getting starts and some of his selections and field placings have been very average. I think he’s too negative. He’ll throw a third man down quickly.

At one stage in Perth, Ben Stokes was bowling with four blokes on the fence on the leg side. The kid had no chance with field placings like that. Cook put the white flag up in Perth as a captain.

I think he’ll feel responsible. What he’ll be thinking is that he should just get back to being a good, solid Test match batsman. He’ll want to get away from the heat in the kitchen of captaincy.

He’ll take a look in the mirror when he gets back to England and say ‘I don’t want this gig anymore’. He was doing a good job as captain, but he’s been so badly burned on this series. This isn’t just a defeat, it’s a demolition job of the highest order.

He’ll be so scarred after this that he’ll just want to get his life back in order and make some runs as a Test match opener.

On a lighter note

I’m really hoping Mitchell Johnson has an average game this week in Sydney.

A certain R.M. Hogg still holds the record for the most wickets in an Ashes series in Australia – 41 in 1978/79 – but Johnson is closing in fast, with 31 scalps so far.

It’s a terrible thing to admit, but I was watching the Melbourne Test with my fingers crossed Mitch wouldn’t take too many.

With Nathan Lyon getting a five-for I was thinking, ‘How good’s this?’. Lyon dried him right up, Mitch couldn’t get any wickets. I’d like to thank Nathan – I’m indebted to him for getting his first five-for.

But now I’m a bit concerned Mitch might have a big one in Sydney. I’m happy if he takes seven or eight, but not 10.

I’m hoping Ryan Harris, Peter Siddle and Lyon get the wickets, but Michael Clarke will be looking to Mitch at every opportunity. England are like rabbits in the headlights against his pace.