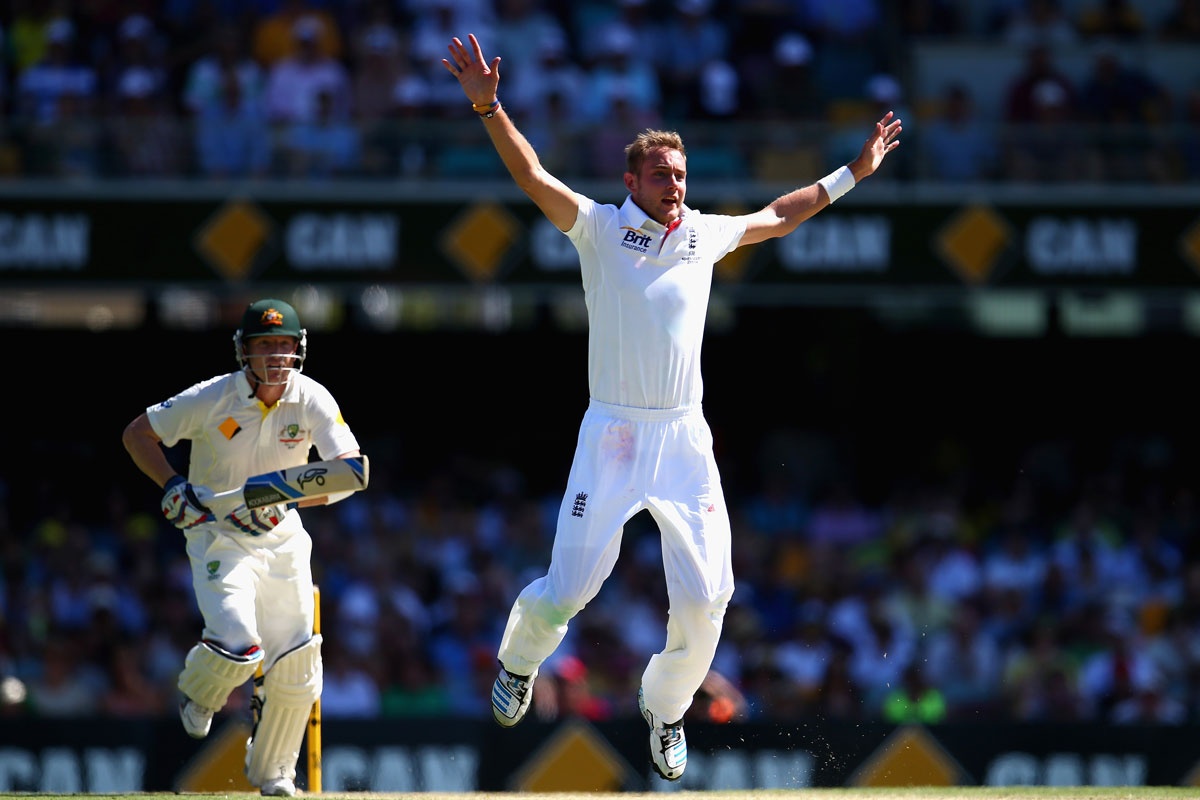 Stuart Broad, inevitably, stole the show on the first day’s play of this summer’s Ashes. His spell either side of lunch ripped the heart out of Australia’s batting order and gave England the early ascendancy they craved. The paceman ended with 5/65 for the day and it was pure theatre throughout.

Broad was always likely to be a principal actor in events at the Gabba. It was destined to be, ever since Aleem Dar failed to identify an edge in the first Test of the previous series and Australian cricket followers went into collective apoplexy. The Englishman became a soft target for a national voice keener to find a scapegoat than confront a third consecutive Ashes defeat.

Darren Lehmann stoked the fires on an ill-advised foray into commercial radio, encouraging local crowds to throw the kitchen sink at a man who had transgressed no laws of his profession. This was an invitation gleefully accepted by social media and a press pack desperate to find a positive spin to a series involving an Australian side without a win in nine Tests.

Plenty of fans let their T-shirts do the talking in Brisbane, leaving nobody in any doubt as to Broad’s popularity in the outer. The local tabloid has engaged in a puerile propaganda war all week against England, culminating in the preposterous decision not to refer to the fast bowler by name.

Not uncomfortable as the centre of attention, Broad has played everything that has come his way since Trent Bridge with a straight bat. He’s refused to take a backward step and fronted every media appearance with a knowing smile that befits the leading wicket taker for 2013.

A chorus of boos and jeers greeted Broad’s arrival into England’s attack and the commotion increased when his first delivery, a no-ball, was pulled ferociously behind square by David Warner, There’s no love lost between batsman and bowler as Warner has been only too eager to point out, and it felt like the opening round of a prize fight as much as the opening session of a Test.

If Warner landed the first blow, Broad soon forced his way in front on points.

His seventh legal delivery accounted for the first wicket of the series, Chris Rogers fending a short delivery to gully. Broad then took care of Shane Watson, Michael Clarke and Warner either side of lunch to swing the game firmly in England’s favour.

Clarke’s wicket was the most celebrated and the most earned by the fast bowler. In the second over after lunch, with the Australian skipper on one, Broad lured Clarke into a false sense of security before sending down a precision wicket taking delivery. From England’s perspective it was a triumph of strategy and precision pace bowling. From Australia’s, it revealed a worrying flaw in the technique of their best player.

The first three deliveries of Broad’s over were all full outside the right-hander’s off stump. They all swung away a touch and all had a sense of being floated out like baited hooks flowing with the current. As thoughts turned to whether England were planning on boring Clarke into submission, Broad thundered down a shorter delivery that arrowed in towards the coat of arms on Clarke’s left breast. Unsure whether to step inside the line, duck, or pull, Clarke did little other than flinch as the Kookaburra looped off the slice of his bat into the hands of Ian Bell at short leg.

Earnest debate over whether Clarke has a problem with the short ball was answered comprehensively. It is now up to the skipper to find a solution, and fast.

Australia’s batting coach, Michael Di Venuto, will have less to work on with Broad’s other victims. Rogers succumbed to the kind of dismissal left-handed openers are prone to against tall right-handed fast bowlers. Watson hung his bat out to an innocuous delivery, while Warner picked out a fielder in front of square when set.

The trickiest part of Australia’s job now is to wrestle the imitative back from a team and a bowler designed for exactly this scenario. England have prospered by launching brief flourishes of attack in amongst long passages of defensive or holding cricket. With a successful early sortie completed, England can play its preferred conservative style for the rest of the match. Should that result in a series lead, there may be no further need to delve deeper into Andy Flower’s playbook until 2015.

Australia’s own playbook might want to be revised to remove the entry around baiting Stuart Broad.