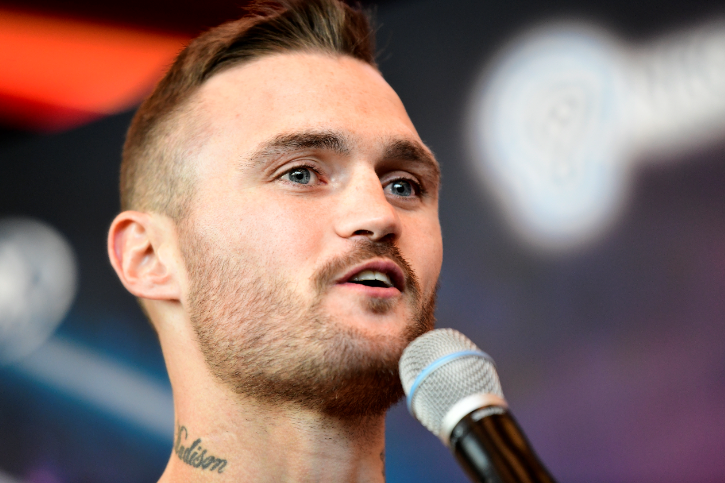 Boxer Dwight Ritchie died after a training accident in Melbourne in November. He was just 27. Photo: AAP/Bianca de Marchi

Australian boxing is in shock after the death of local fighter Dwight Ritchie in a reported training accident in Melbourne.

“It is with great sadness and shock [I have] to announce that the fighting cowboy Dwight Ritchie sadly passed away today doing what he loved,” Ellis wrote.

“Dwight will always be remembered by the boxing fraternity as one of the brightest talents in Australia [whose] fighting style embodied exactly how he lived.

My God. This is terrible. RIPhttps://t.co/YEjMkSfnhW

News Corp has reported that Ritchie, 27, was taking part in a sparring session with boxer Michael Zerafa ahead of his re-match with former world champion Jeff Horn.

Ritchie reportedly took a punch to the body, went back to his corner, collapsed and could not be revived.

He lost by unanimous decision, but he was scheduled to return to the ring next month for a light-middleweight fight against Tommy Browne.