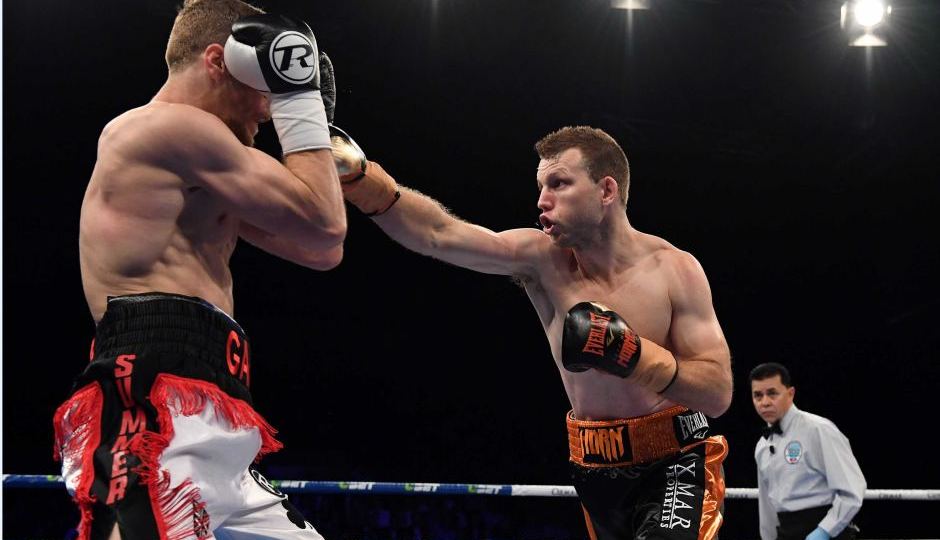 Jeff Horn's next fight is all but locked away after the world champion agreed terms for a bout with Terence Crawford. Photo: AAP

Jeff Horn is set for his biggest test yet after the WBO welterweight champion’s camp agreed to key terms for a fight against Terence Crawford.

An official announcement could come as early as next week for the April 21 clash with the unbeaten American – widely regarded as one of the world’s best pound-for-pound boxers – at the T-Mobile Arena in Las Vegas.

Horn’s trainer Glenn Rushton told AAP he was satisfied with the renegotiated purse and said all there was left to do was sign the contracts.

“As far as we’re concerned, it’s pretty much a deal,” Rushton said.

“But no deal’s done until it’s done, so we just have to cross t’s, dot i’s and actually get this thing locked down.

“We have certainly agreed on all the key terms and from our side, it’s a go. Now Bob (Arum)’s got to tidy up some loose ends.

“We have total confidence in Bob and Top Rank that he’ll get this all locked up and we’ll have a contract in our hands by the end of next week.”

Horn and Rushton had been toying with the possibility of meeting Anthony Mundine first, which would have earned him $2 million – much more than the initial figures floated for the Crawford fight.

However, had the 29-year-old ducked Crawford’s mandatory challenge he would have had to vacate his WBO belt.

Mundine is due to meet fellow Australian Tommy Browne next week in Sydney.

“We weren’t saying no but there’s too many ifs,” Rushton said.

“Then we’ve missed the opportunity with Crawford.

Horn is yet to resume training after his wife Jo gave birth to their first child, Isabelle, just before the New Year.

“I just want him to keep doing that for a little bit longer because we’ve got a big preparation in front of us.

“We’ve always said we want the big fights and they don’t come any bigger than this one.

“Here we are now, standing in front of another goliath.”